The Admirals and relatives, sometimes called ‘gliders’, (Limenitidinae) are butterflies that are common in woody areas. They belong to the family of Brush-footed butterflies (Nymphalidae). The common names of many species reference military ranks. In particular, the light stripe running lengthwise across the wings of many species has reminded earlier authors of officers’ shoulder marks. The upper side of the wing is dark brown or black with a white band and a few white spots. Only 5 species occur in Europe.

The Common Glider (Neptis Sappho) is a butterfly that flies very locally in Southeastern Europe in two generations from May to August. The front wing is elongated and there are a row of white seam spots on the front and rear wings on both the upper side and underside. Host plant: wisteria, kudzu and robinia. Dutch name: Lathyrus zwever. Frisian name: – 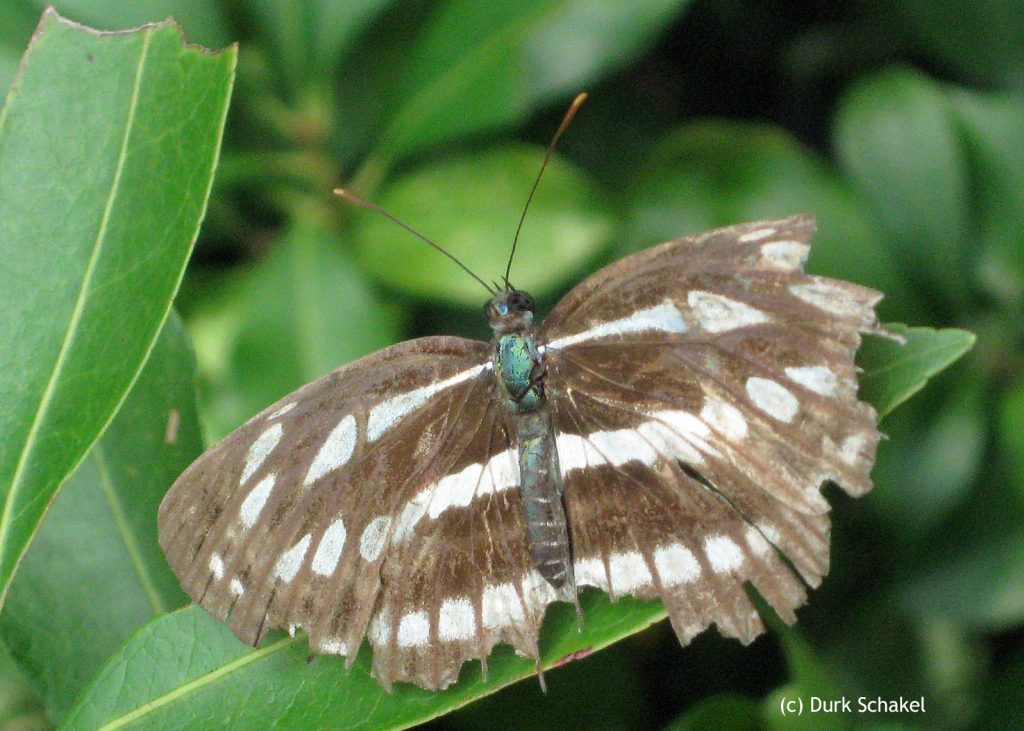 The advantage of visiting other regions is that you also encounter other species of butterflies that I do not encounter in the North of the Netherlands. In Gelderland, I was therefore very happy to encounter the Common Glider (Limenitis camilla). A butterfly with high contrast in colours when you look at the upper side and underside of the wings. The upper side is dark brown in the female and black in the male with a row of concatenated white oblong spots. The bottom is orange-brown with a double row of black hem and moon spots. Also on the bottom is a row of consecutive rows of white oblong spots. It has a distinctive and delicate flight, which has short periods of wing beats followed by long glides. The wingspan is 60-64mm. The flight period is in one, sometimes two, generations from June to September. Host plant: wild honeysuckle. Dutch name: Kleine ijsvogelvlinder. Frisian name: Lytse iisfûgelflinter.