For correct determination of Coppers (Lycaeninae), a subfamily of the Gossamer-wing butterflies (Lycaenidae), it is important to pay close attention to the darkness of the wings. This is particularly important in females, which are sometimes difficult to recognize. Butterflies are often fiery red at the top of the wings, and in many species, there is a violet glow present.

The Small Copper (Lycaena phlaeas) is a butterfly that flies around in three generations throughout the year, from late April to late June, from late June to early October, and from early September to late October. Males are territorial, often choosing a piece of bare ground or a stone awaiting passing females. They behave aggressively towards any passing insects, returning to the same spot when the chase is over. Identification is fairly straightforward with the top of the hindwing being light grey or dark (summer brood) with an orange-red band in the marginal area. The top of the forewing is orange-red with black dots and a dark termen. The wingspan is 32-35mm. Host plant: Sorrel. Dutch name: Kleine vuurvlinder. Frisian name: Lytse fjoerflinter. 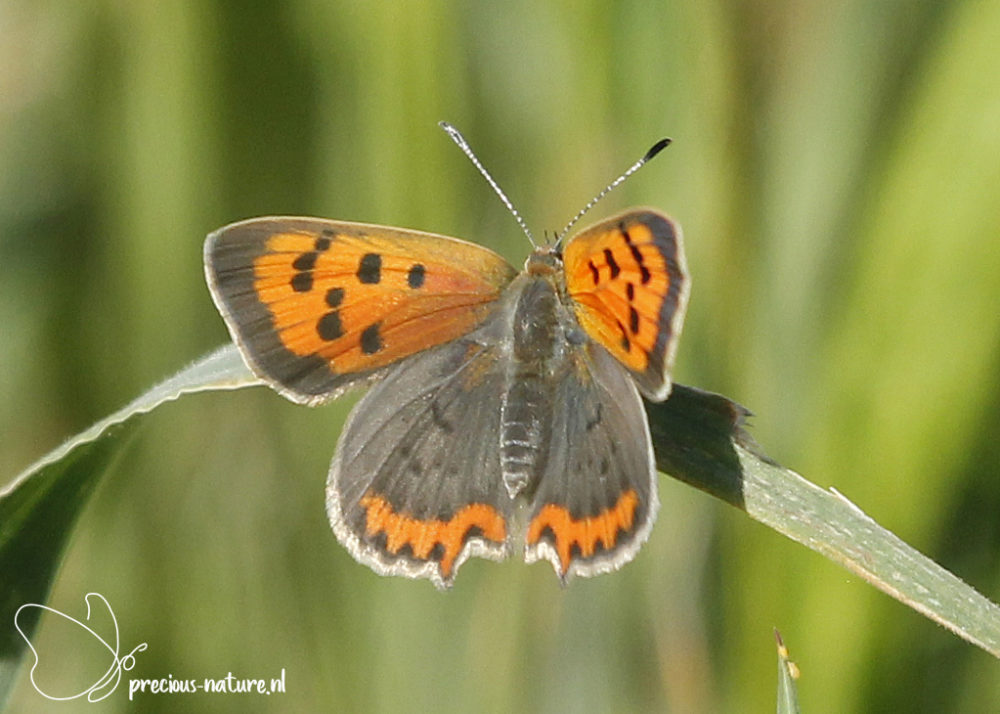 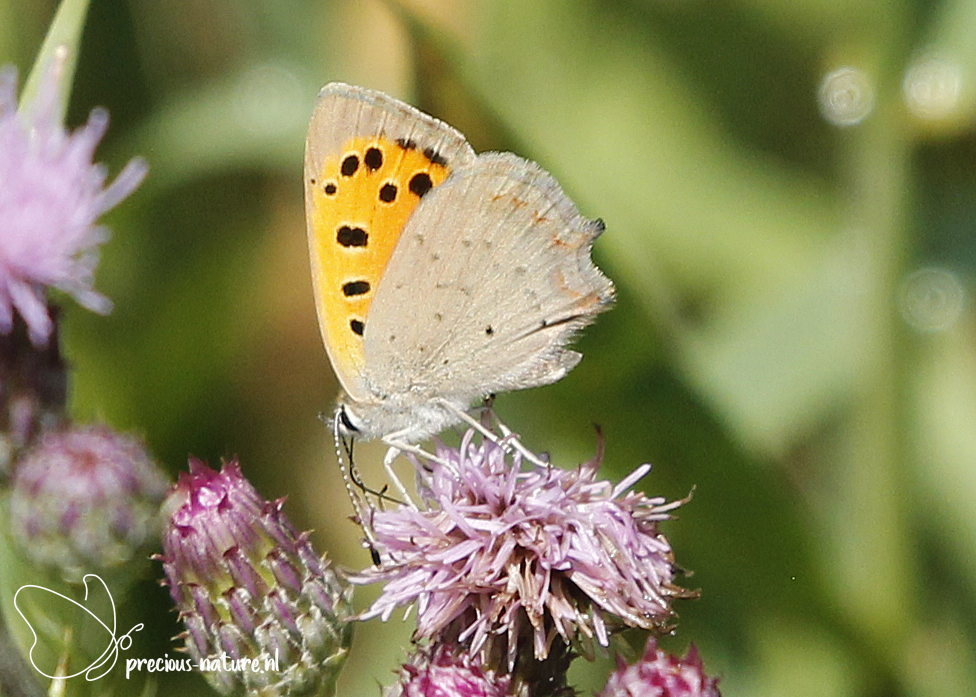 The Sooty Copper (Lycaena tityrus) is a butterfly that is rare found in the Netherlands. This butterfly is flying around in one or more generations from April to October. The top of the forewing for the male is brown with black spots, the female shows a more orange-yellow pattern. The hindwing is brown with black dots for both. The fringes are intense white. The underside of both wings are grey showing black dots and orange moon spots close to the termen. The female has an orange glow at the bottom of the forewing which is missing from the male. Host plant: Sorrel. Dutch name: Bruine vuurvlinder. Frisian name: Brune fjoerflinter. 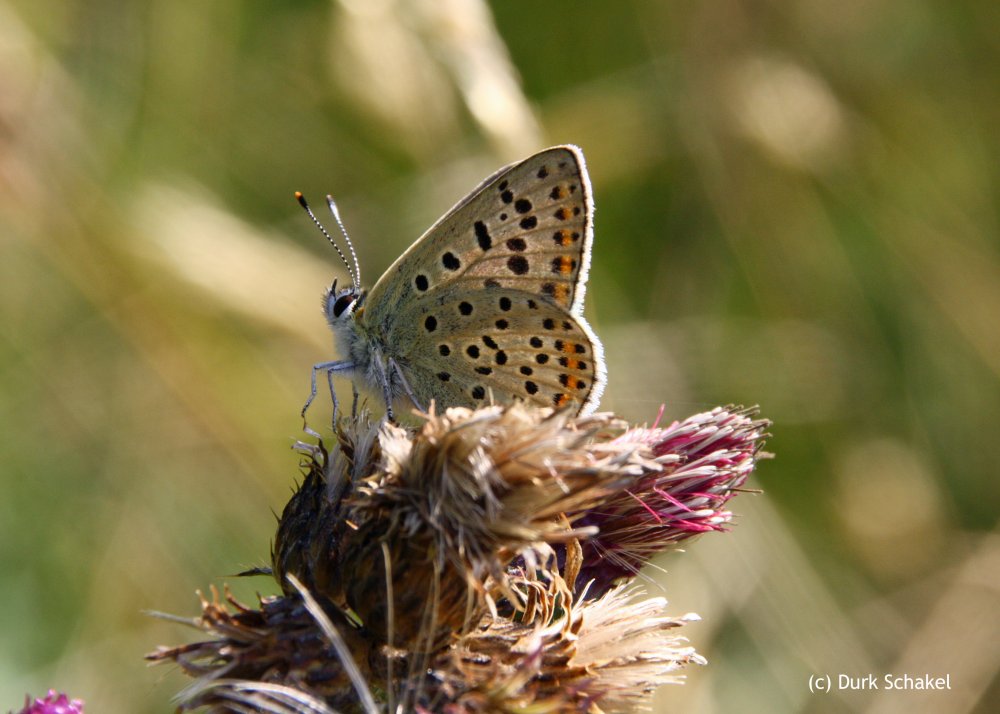 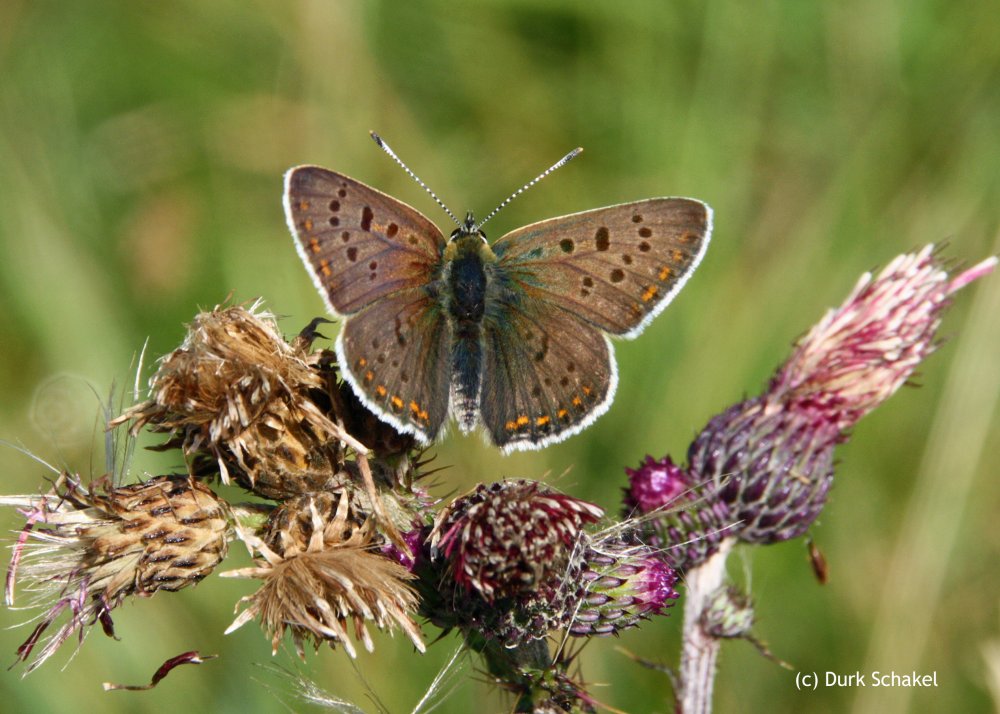 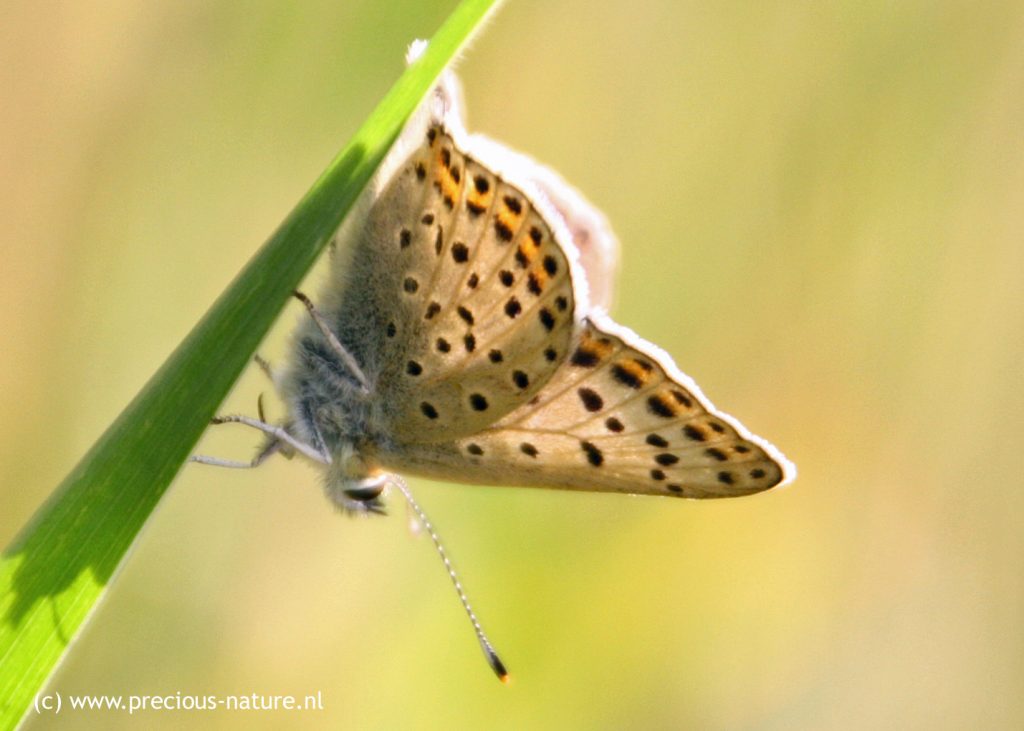