Evergestinae is a subfamily of the Grass Moths (Crambidae). To date, about 140 species of this are known worldwide, of which about 40 species in Europe. It is a small group that has not yet been studied much.

The Purple-backed Cabbageworm Moth (Evergestis pallidata) is difficult to photograph. During the day, the moth swirls around dense vegetation and then settles on the underside of a leaf or branch. The top of the wing is cream colored with two light brown wavy transverse lines. On the outside of the wing at the front transverse line is a figure of three interlocking round shapes. The species flies in one generation from June to September and the wingspan is 24-29mm. Host plant: Rapeseed, Horseradish, Cabbage, and Winter-cress. Dutch name: Bonte valkmot. Frisian name: – 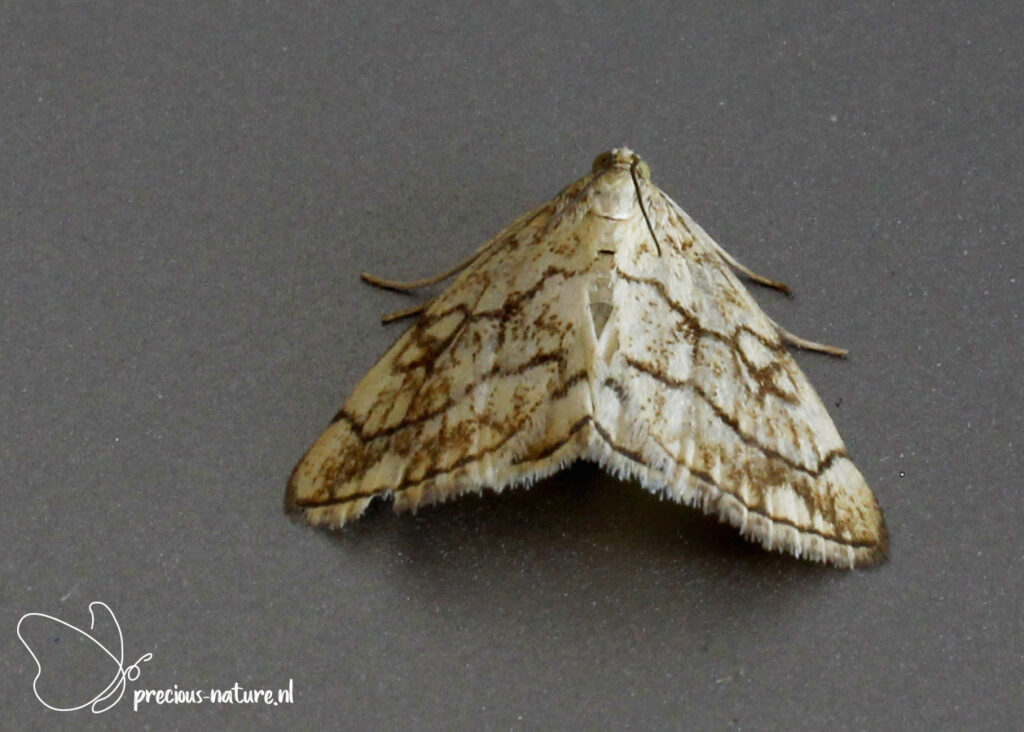 The forewing of the Dark Bordered Pearl (Evergestis limbata) is yellow with a thin brown cross band at 1/3. A broad brown zone can be seen along the termen, with halfway a short brown band running longitudinally to the center. At the costa on 2/3, a brown ‘8’ can be seen that rests against the small short brown band. The hindwing is light yellow and also has that broad brown zone along the termen. The flying period in one generation is from June to August, sometimes September, and the wingspan is 20-23mm. The larvae feed on the undersides of leaves. Host plant: Garlic Mustard and Hedge Mustard. Dutch name: Gezoomde valkmot. Frisian name: – 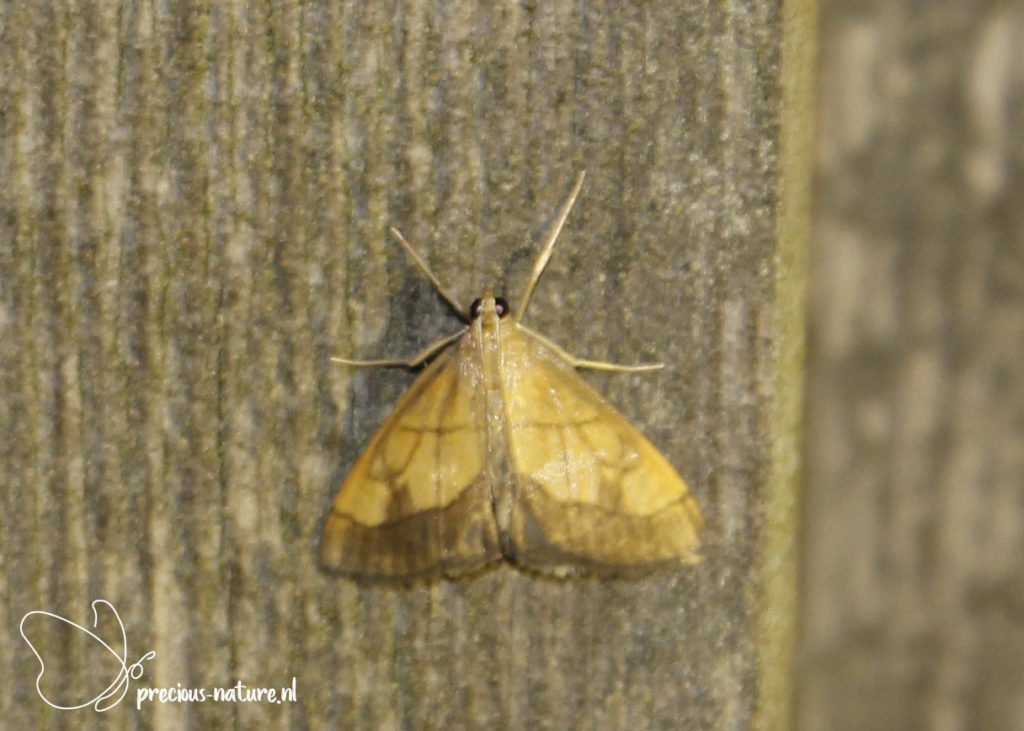 The forewing of the Garden Pebble (Evergestis forficalis) is pale yellow-brown or sometimes straw yellow. Several dark clear, slightly curved or wavy transverse lines are present with the one from the apex to the dorsum being the most obvious. Furthermore, halfway through the most conspicuous transverse line and closer to the apex, two dark brown spots can be seen. The flight period is in two generations from April to October and the wingspan is 25-28mm. Host plant: Horse-radish and cabbages. Dutch name: Lijnvalkmot. Frisian name: – 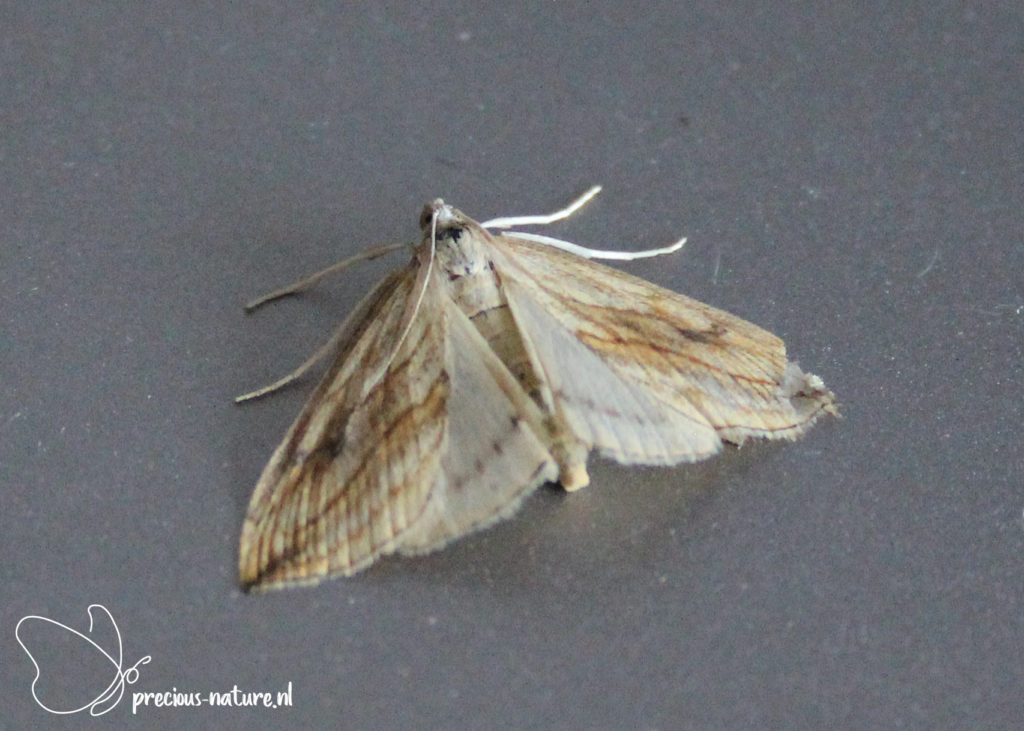 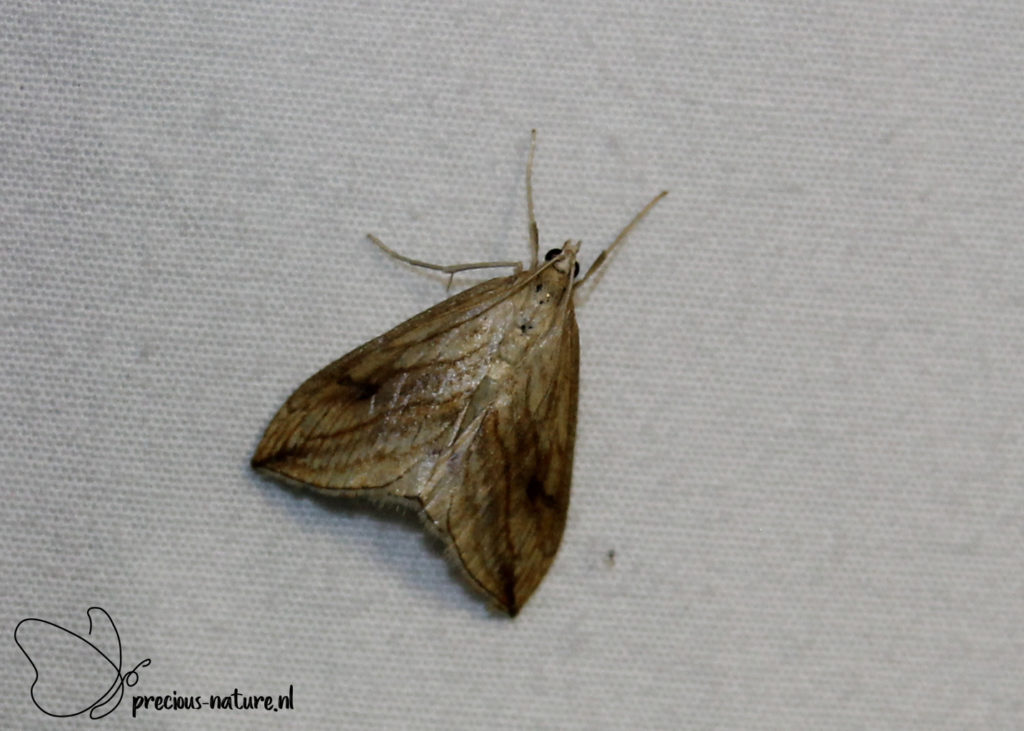 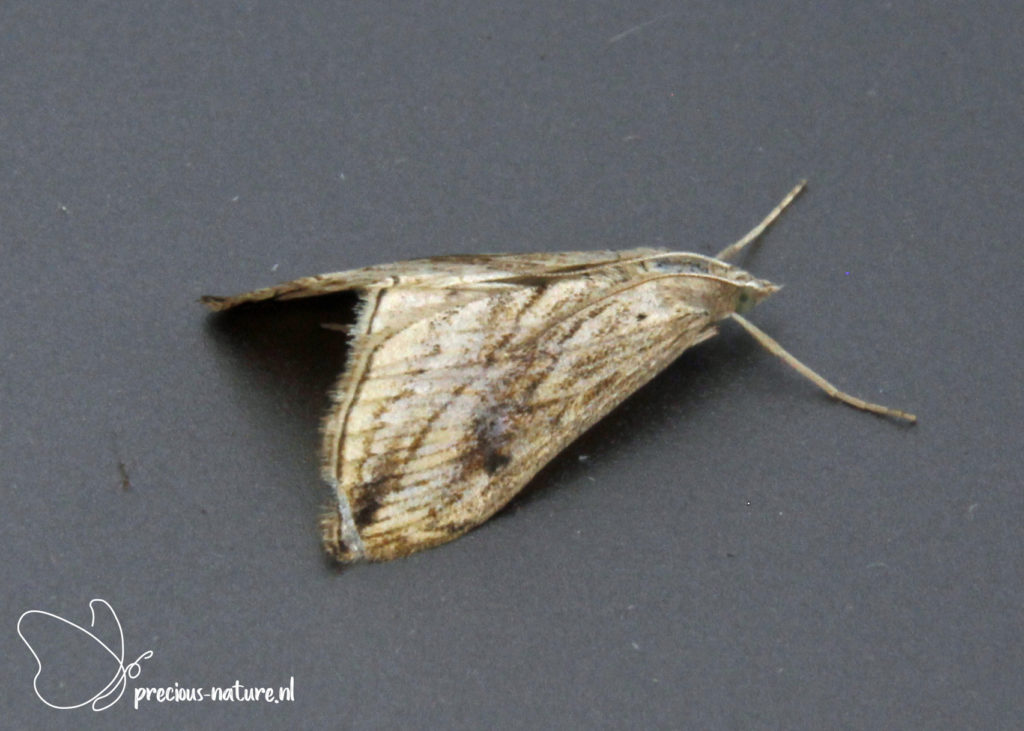