A pleasant surprise on the canvas was the Honeysuckle Moth (Ypsolopha dentella). Especially the bright brown with creamy white markings, the high forelegs, and the kink in the wing made my eyes sparkle. The forewings are broad, chestnut brown and the apex is at an angle compared to the rest of the wing. There is a wide band running from the base along the dorsum towards the tornus. This band varies from white to pale yellow-brown. Halfway through this band, a thin white streak runs towards the center of the wing. The wingspan is 20-22mm. Host plant: Honeysuckle and Snowberry. Dutch name: Bonte spitskopmot. Frisian name: – 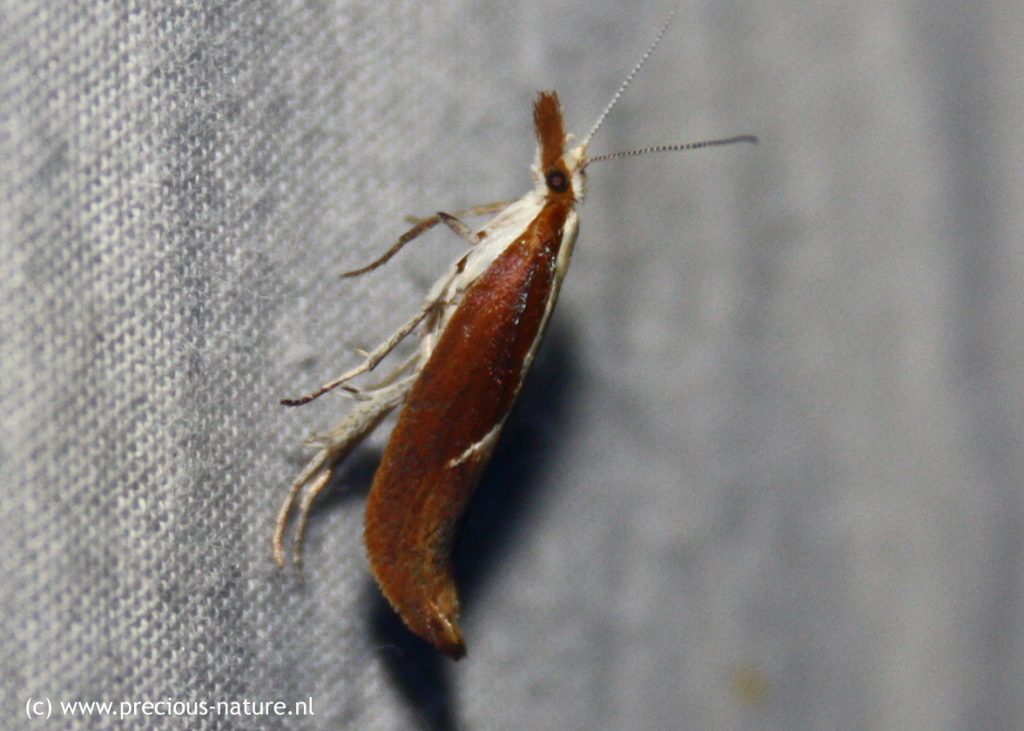 During a moth session, the Elm Smudge (Ypsolopha vittella) approached the bright light. The typical shape of this micro-moth has a white-grey forewing with dark grey or brownish specks and short oblique streaks. The dorsum has black or brown markings, sometimes such that they form a narrow band. The flying period is from July to September in one generation and the wingspan is 16-20mm. Host plant: Elm. Dutch name: Zwartvlekspitskopmot. Frisian name: – 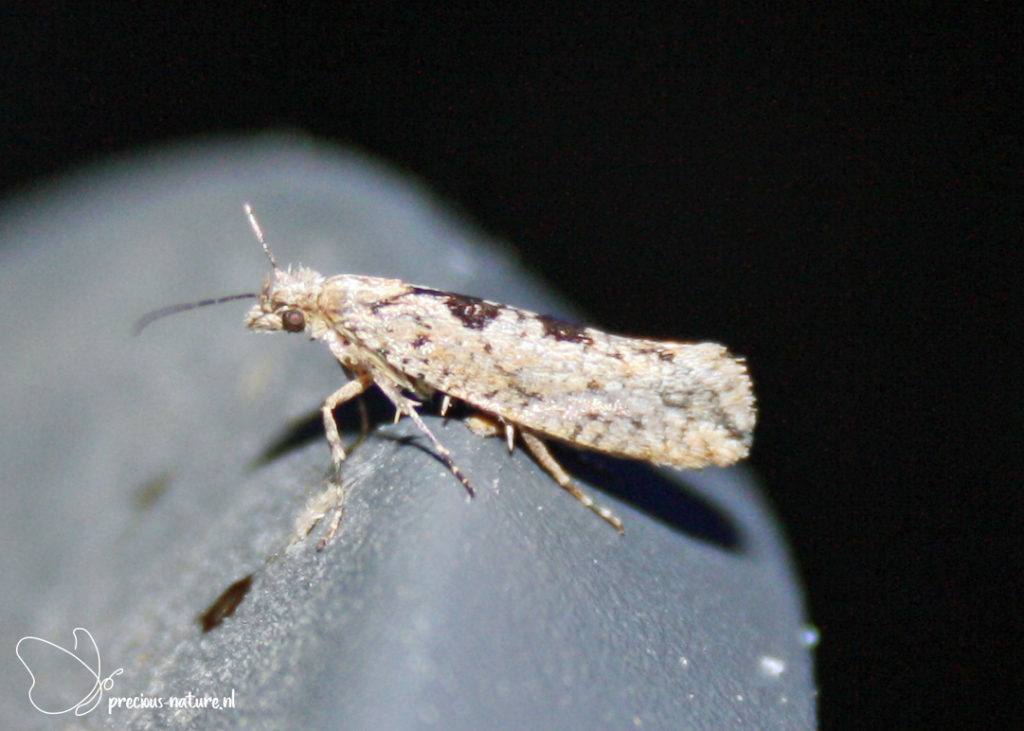