Cnephasiinae are a subfamily of the leafrollers (Tortricidae) of which around 200 species are described.

A leaf roller that occurs very early in the year is the Winter Shade (Tortricodes alternella). The snow was still lying along the ditches in some places when I discovered this species at pleasant temperatures. The forewing of the male is creamy white, silver-grey to pale yellow-brown. Dark brown dots appear further across the wing. A broad light cross band can be seen at 1/3. The females are much darker in color and the markings are less visible. The fringes are long and gray. The flying period in one generation is from February to April and the wingspan is 19-23mm. The larvae feed in leaf spun together. Host plant: Oak. Dutch name: Voorjaarsbladroller. Frisian name: – 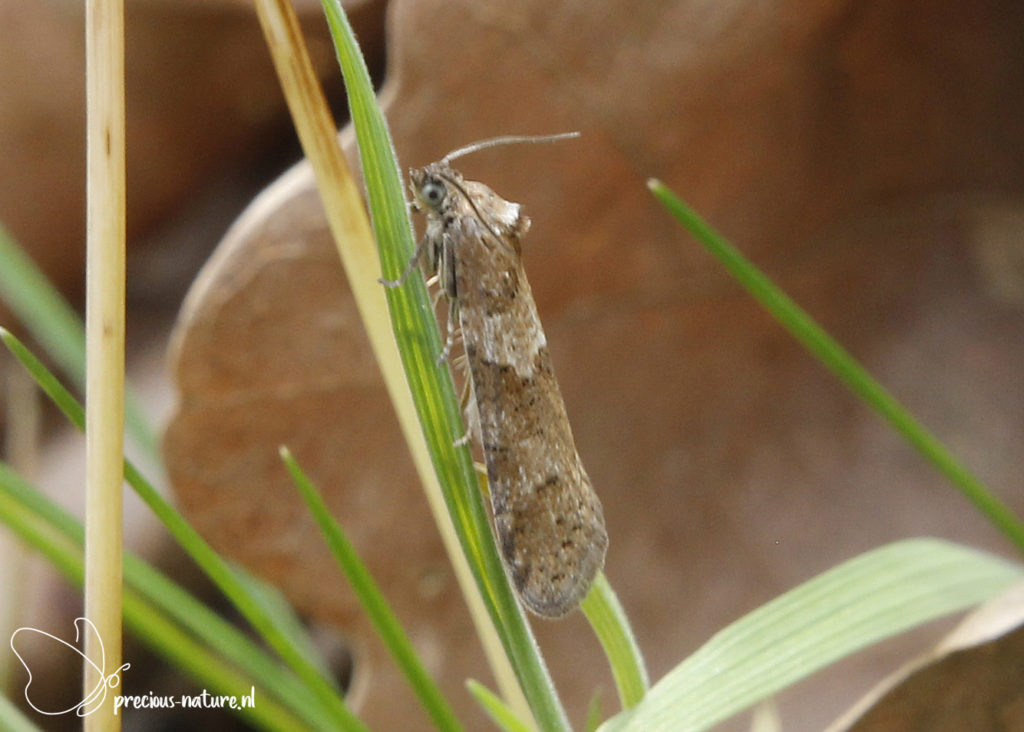 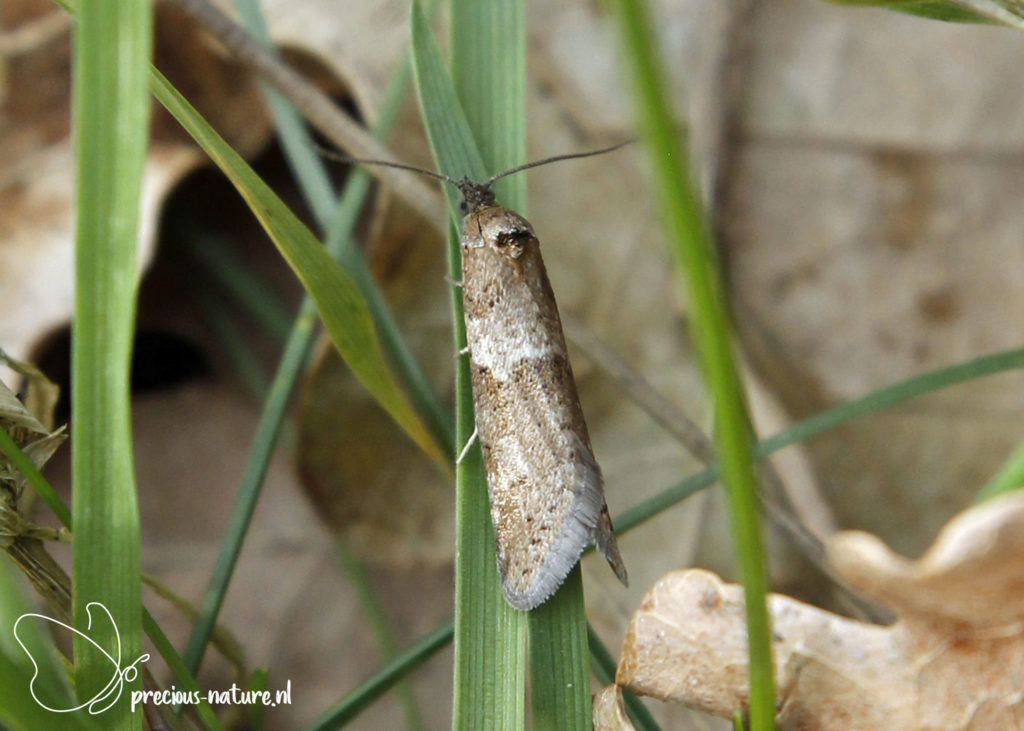