Eustrotiinae is a subfamily of the Owlet Moths (Noctuidae). They are all small species with usually a wingspan up to 20mm.

The Silver Barred (Deltote bankiana) is a small owlet moth that is easy to recognize. The forewing is brown with two silver-colored parallel diagonal stripes with a few protuberances. It flies both during the day, where I have encountered it so far and at night. During the day it is easily disturbed and then flies quickly from grass to grass where it will rest with its head downwards. The flight time is in one generation from May to August. Host plant: Purple Moor-grass and Smooth Meadow-grass. Dutch name: Zilverstreep. Frisian name: Sulverstreep. 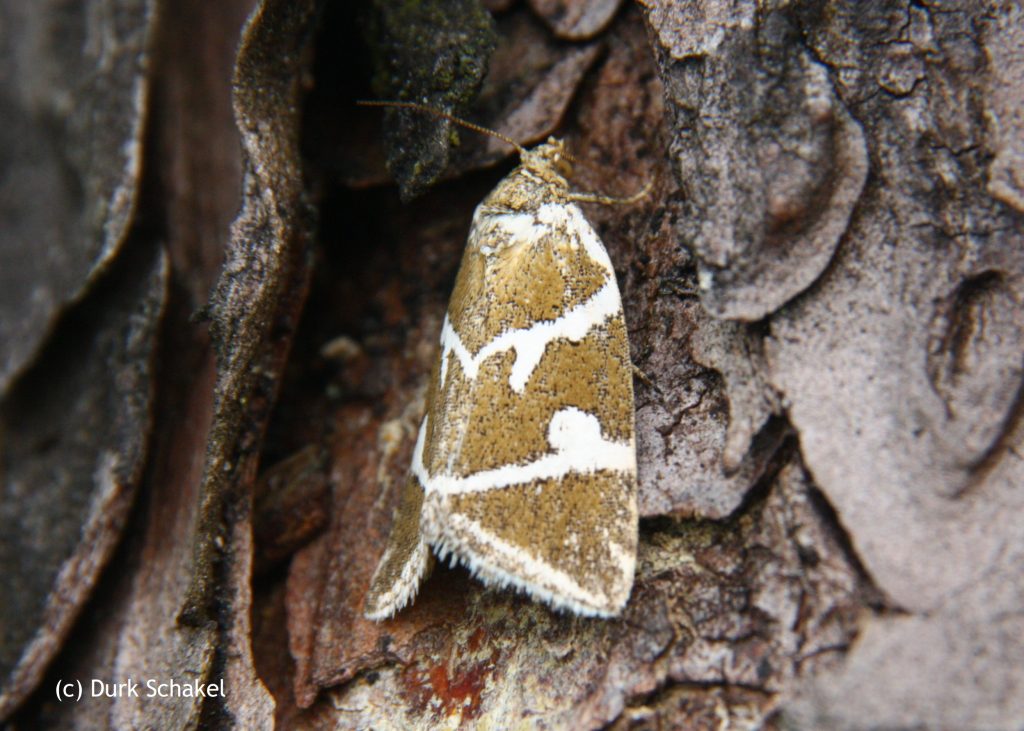 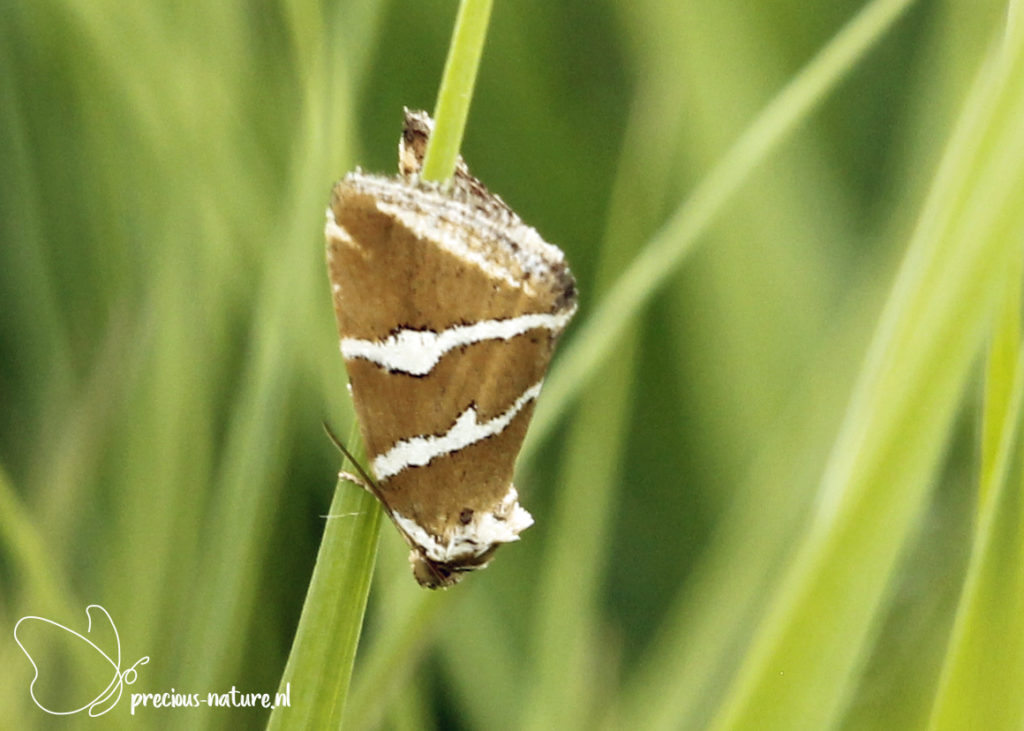 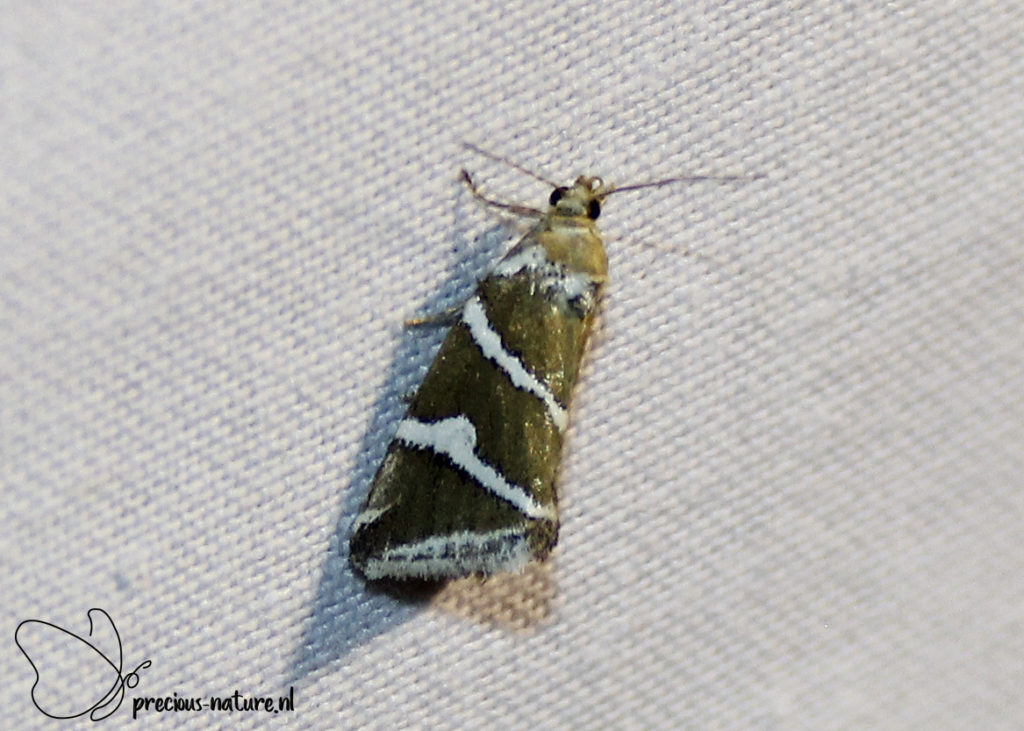 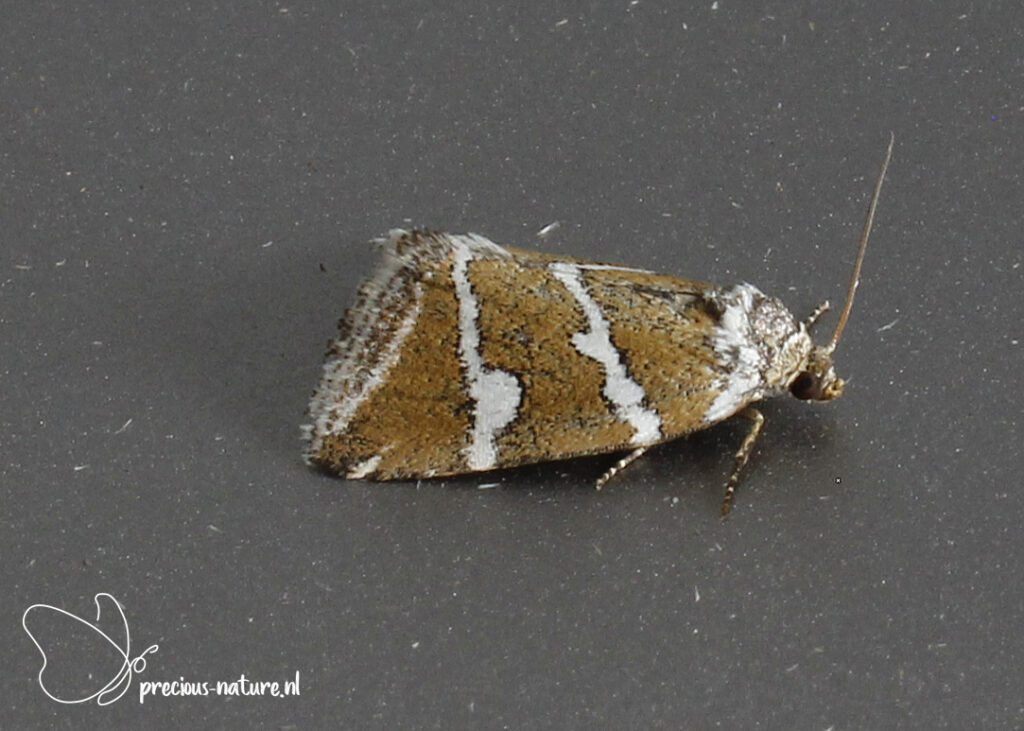 The Pretty Marbled (Deltote deceptoria) resembles the Marbled White Spot (Deltote pygarga), but has both white zones in the zoom field and at the base. The kidney and oval marks are edged white and can be clearly seen in relation to the black median band. The rear wing is grey-white with brown edges. It flies in one generation from May to August and the wingspan is 24-26mm. Host plant: Timothy grass. Dutch name: Bonte marmeruil. Frisian name: Bûnte moarmerûltsje. 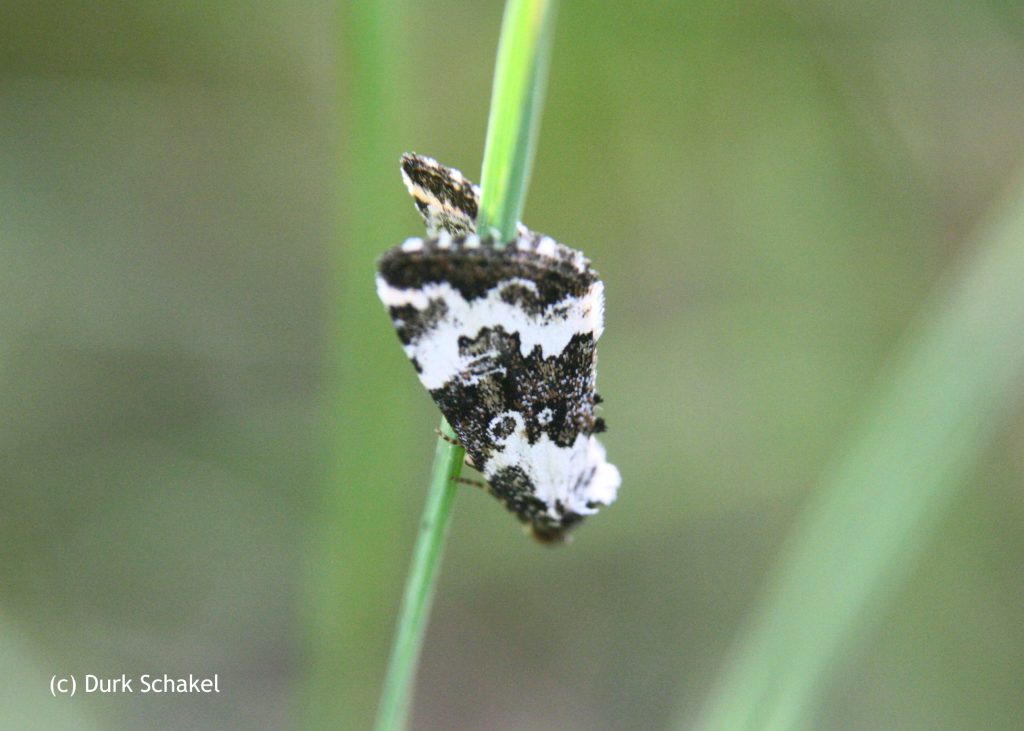 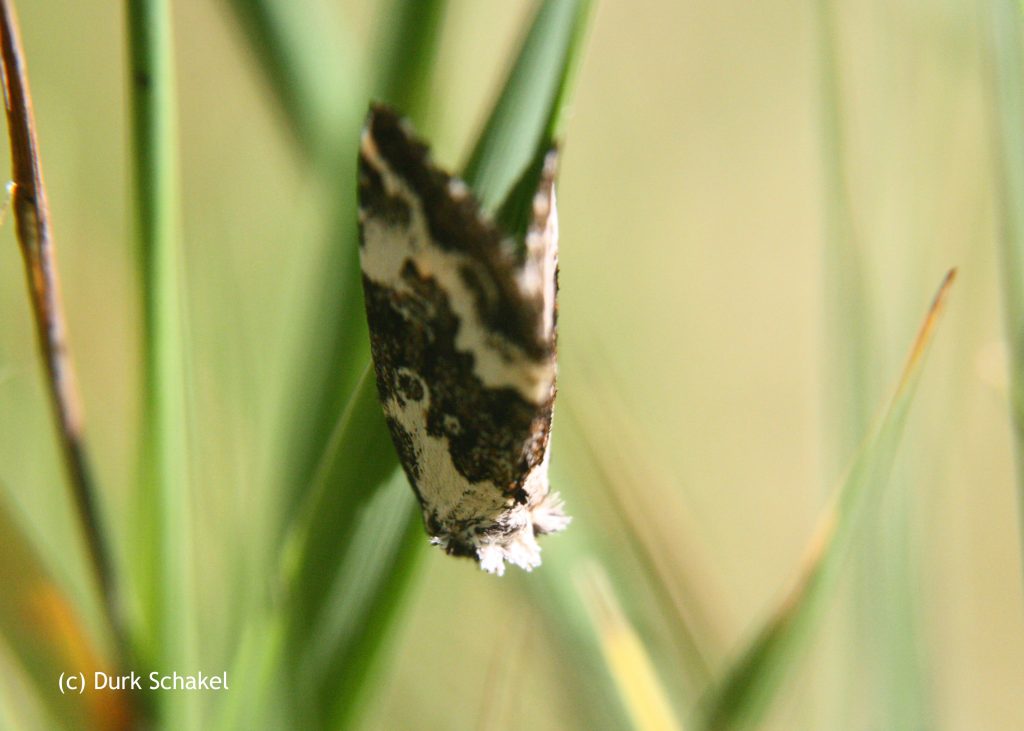 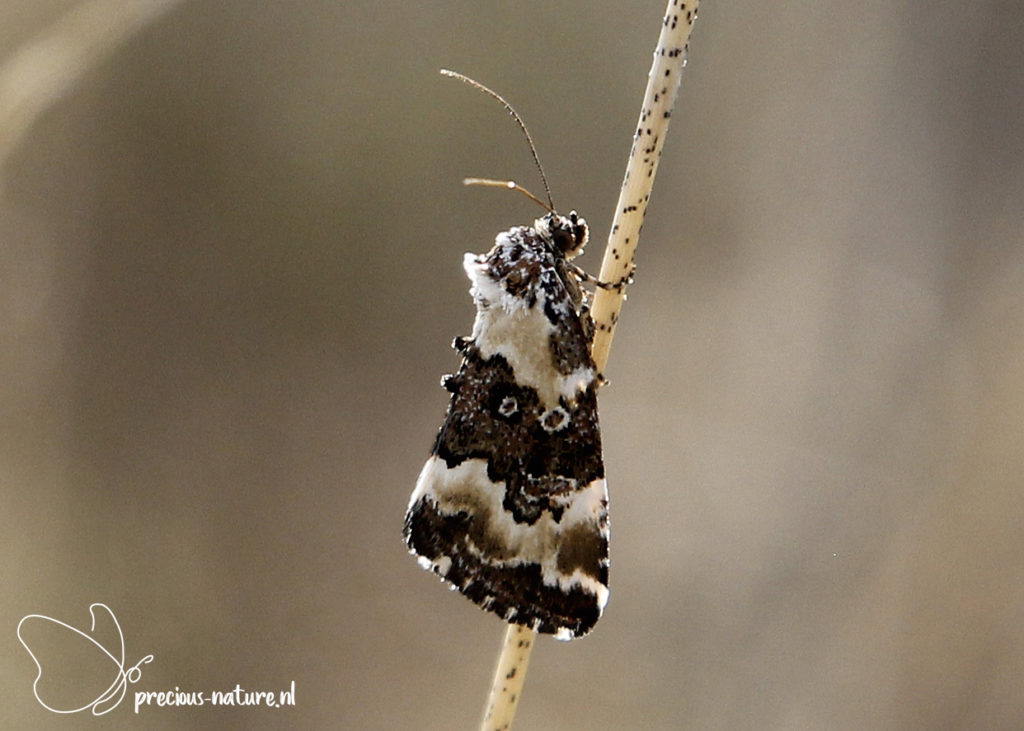 The Marbled White Spot (Deltote pygarga) is a small owlet moth with a black-grey and brown top of the forewing. The white zone at the tornus is striking. This moth rests mainly on trees during the day and is attracted to light at night. It flies in one generation from May to August and the wingspan is 20-22mm. Host plant: Purple Moor-grass. Dutch name: Donker marmeruiltje. Frisian name: Donker moarmerûltsje. 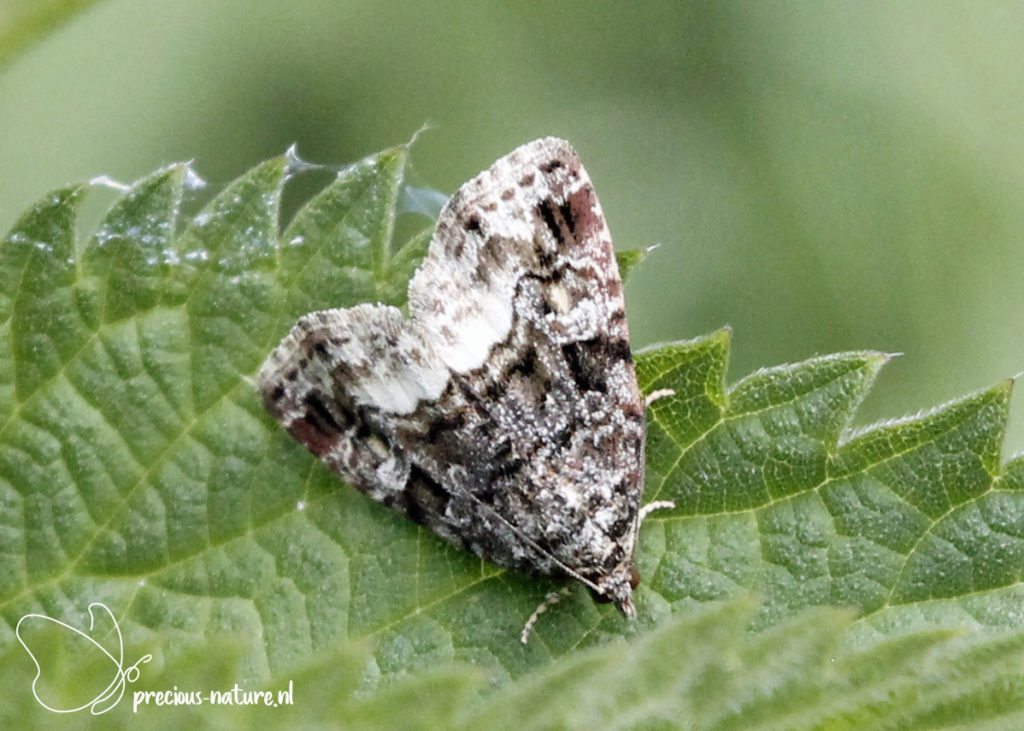 A species that mainly occurs on sandy soils and in the northern provinces of the Netherlands is the Silver Hook (Deltote uncula). It is a slender built little owl and has a unique and little variable pattern on the olive brown forewing. A cream-colored strip runs along the front edge from which the slanting silver-white kidney spot protrudes into the midfield like a hook. Along the trailing edge and leading edge are grey stripes that are often tinged with pink. The flight period is from early May to early September in two generations and the wingspan is 20-22mm. Host plant: various grasses and sedges, including Tufted Hairgrass and Wood Sedge. Dutch name: Zilverhaak. Frisian name: Sulverstreep. 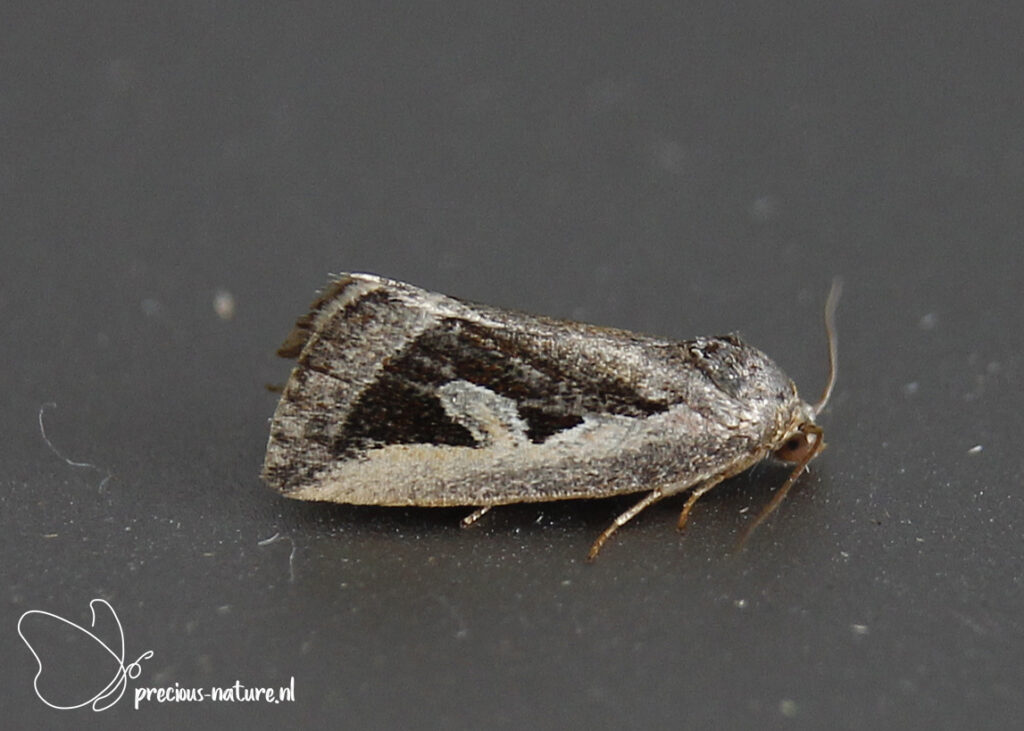