The Many-plume Moth family (Alucitidae) is a species where each wing consists of six “fingers” or “plumes”. There are flexible hairs on each “finger” that make it look like a bird’s feather. When they are at rest, they have spread their wings such that you hardly see that they are different plumes. By spreading its wings, this moth, in combination with the color shade, looks like a fan. This group of moths is a small family with only about 200 species worldwide.

The Twenty-plume Moth (Alucita hexadactyla) is a common moth in the Netherlands is mainly found in the nearby area of Honeysuckles. Both the fore- and hindwing are divided into six plumes. The top is grey-brown with a dark brown transverse band from the costa to halfway the wing. The flying period is almost all year round and the wingspan is 14-16mm. Host plant: Honeysuckle. Dutch name: Waaiermot. Frisian name: – 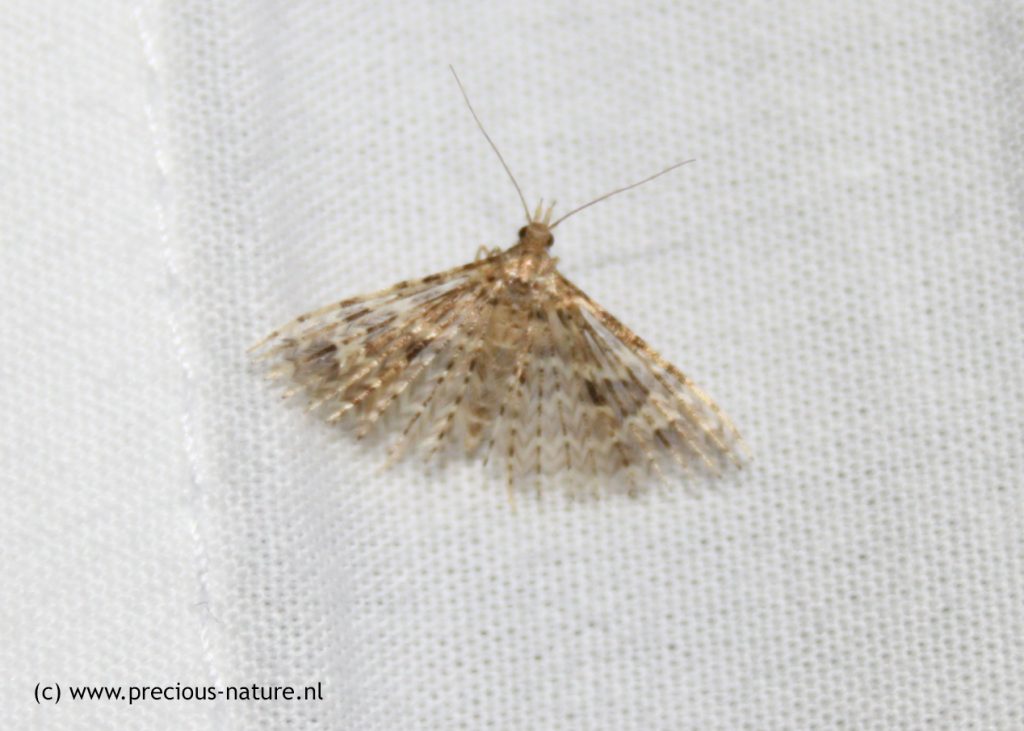 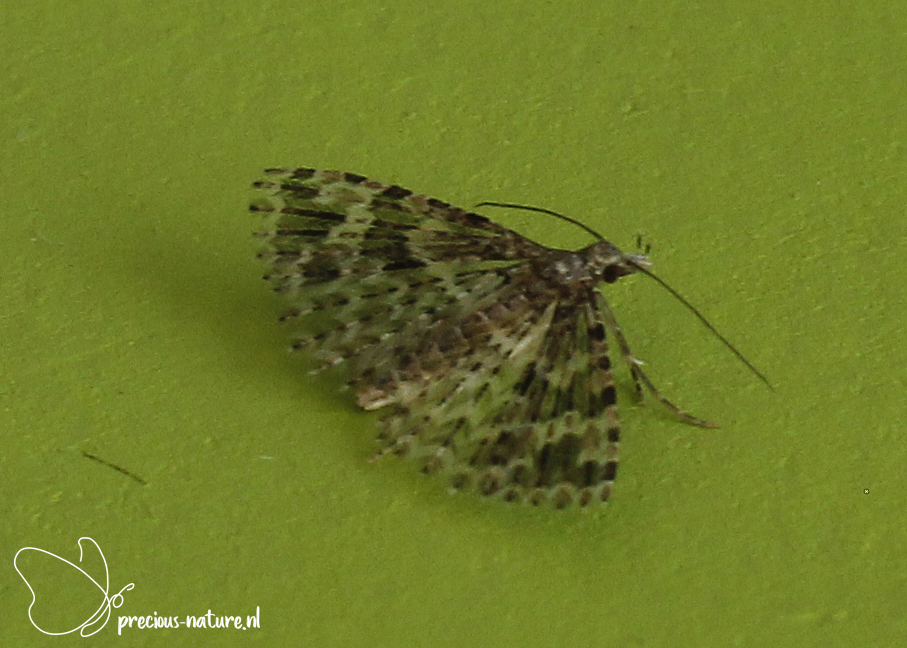