Lasiocampid Moths (Lasiocampidae) are medium to large butterflies with hairy bodies. In resting position, these moths have their broad rounded wings like a roof over their body. It is striking that the rear wing protrudes just below the front wing. As soon as these large moths are attracted to light, you can hear them clearly arriving at the last moment. Due to the rapid wing beat, they make a sound like a “spinner”.

The Drinker Moth (Euthrix potatoria) is not a moth that I expected in my garden as there are few reed collars in the immediate vicinity. Males come to light more often than females. They have a remarkable snout due to their strongly hairy palps. Furthermore, the Drinker Moth has on the yellow-brown front wing next to the white centre spot an extra small white spot. A wavy line can be seen at the end of the wing just before a brown cross line running towards the wingtip. The females are larger and can vary in colour from deep yellow to very pale buff, whitish or a darker reddish-brown similar to the male. The flight period is from June to August in one generation and the wingspan is 42-70mm. Host plant: Cock’s-foot, couches, Common Reed, Reed Canary-grass and Wood Small-reed. Dutch name: Rietvink. Frisian name: Reidspinner. 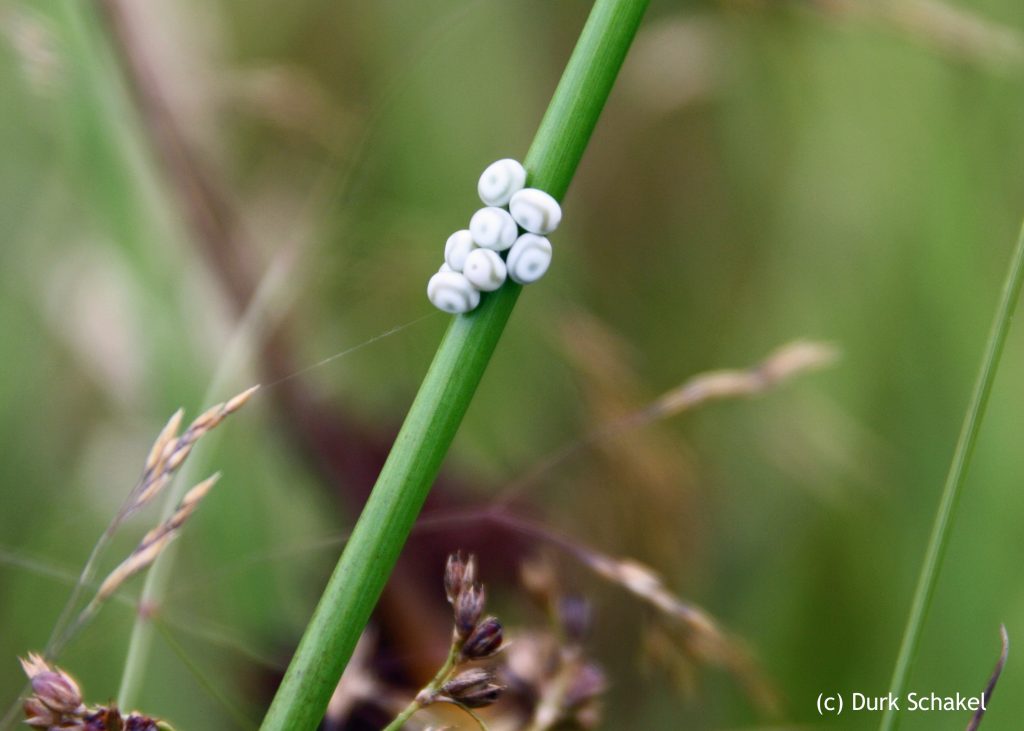