Casebearer moths (Coleophoridae) are small to medium-sized moths with a wingspan of 5 to 20mm. The scientific name literally means ‘bag carriers’ because the caterpillar generally lives in a homemade bag. This bag, or tube, usually consists of leaf fragments or hollowed-out seeds or seed capsules, in which the caterpillars move over the food plant. Leaves are mined or seeds and flower bottoms are eaten. Pupation usually takes place in the bag. Casebearer moths can be found in all kinds of biotopes: deserts and steppes, salt marshes, forests, limestone slopes, heaths, and arctic tundras, from sea level to high in the mountains. They are distributed all over the world, except on the islands of the South Pacific. About 1600 species have been described worldwide. Some species cause damage in monocultures if they occur en masse, such as the yellowing of entire larch forests. 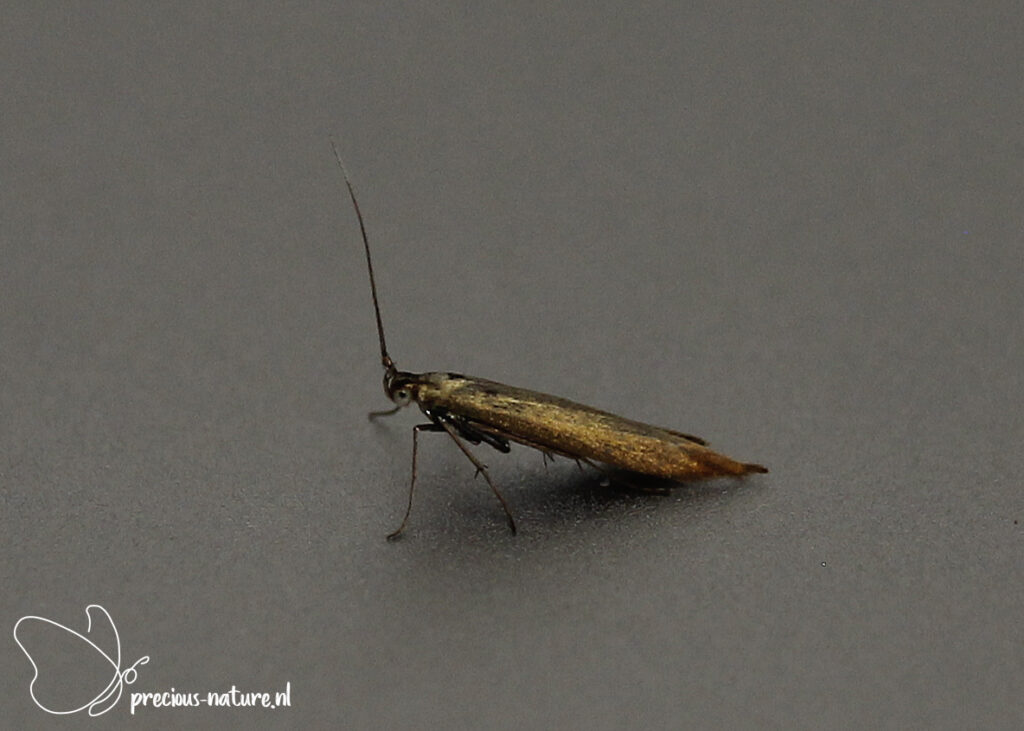