The Milkweed Butterflies (Danainae) are large and beautifully colored tropical butterflies and belong to the family of the Brush-footed Butterflies (Nymphalidae). The name of this subfamily refers to the host plant, mainly in the milkweed family. Since the monarch cannot tolerate temperate zone winters, it will only be found in (sub)-tropical areas. In Southern-Europe there are only two types. The top of these butterflies is orange with a black trailing edge and numerous white spots. In the tropical area, there are more variants even with transparent wings.

During a holiday on Curaçao, my daughter and I initially only saw the Monarch Butterfly (Danaus plexippus) flying around, but not much later we saw that the plant it sat on was full of caterpillars. This orange butterfly has clear black veins through which the cells can be clearly seen. Along the trailing edge and rear edge, a clear broad black band with many small white spots can be seen. On the top of the forewing, close to the wingtip, a black band with large white spots runs from the leading edge across the wing to the rear edge. The Monarch Butterfly is native to North and South America and has different populations. The megalippe subspecies does not migrate and is mainly found on islands in the Caribbean. The subspecies nigrippus occurs in Central America south of Nicaragua and in the north of South America and is also not a migrant. The subspecies plexippus occurs in North America and emerges from the wintering site in the spring to migrate east or north in the summer. The wingspan is 89-102mm and the flight period is in several generations from June to November. Host plant: silk plants. Dutch name: Monarchvlinder. Frisian name: – 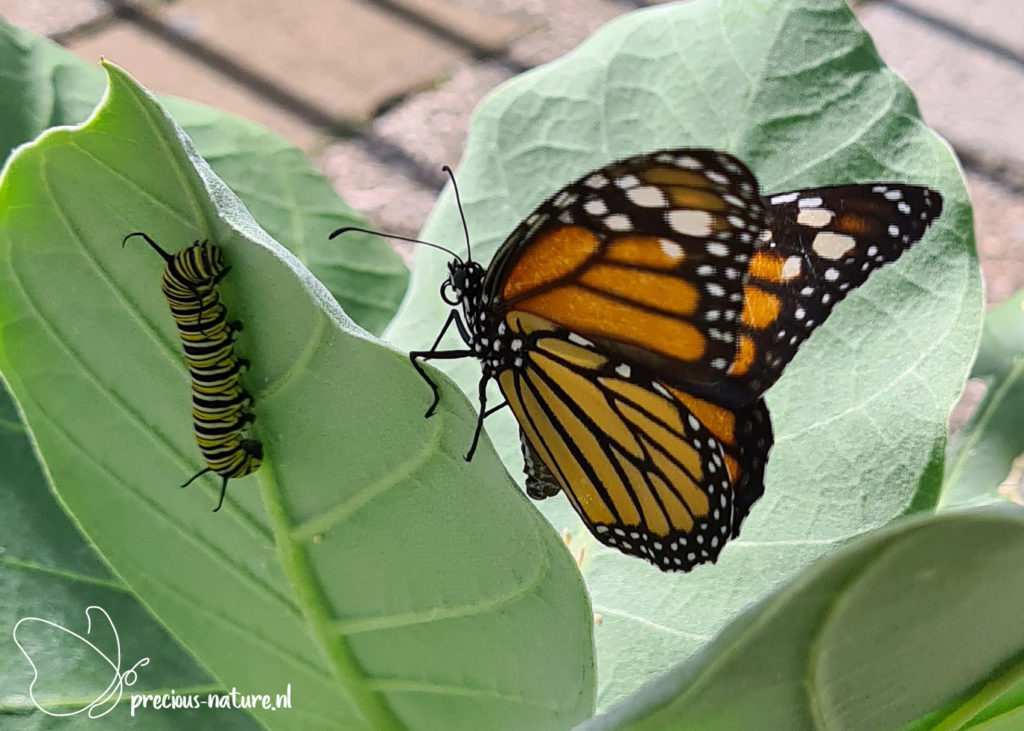 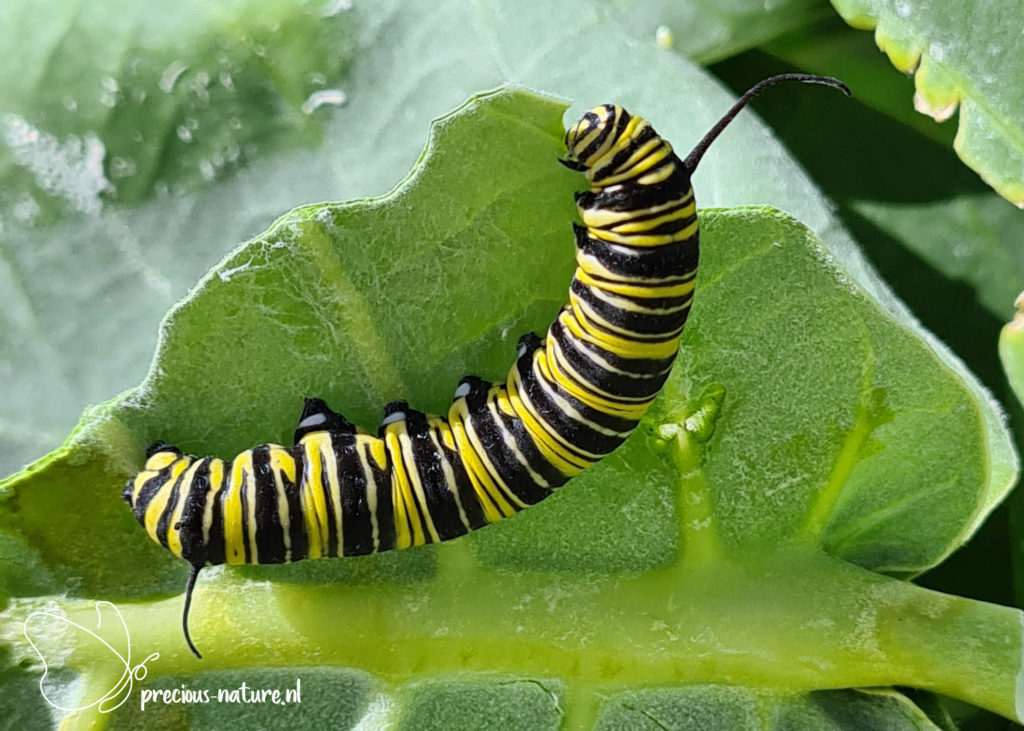 The Salvin’s Clearwing (Episcada salvinia) is a butterfly not found in Europe. I spotted this butterfly in Medellin (Colombia). Both the fore- and hindwings are transparent with the black veins clearly visible. The edges of the wings are orange-brown with white spots on the tips. On the forewing, a short orange and a white band can be seen halfway from the costa. The grey-brown abdomen starts just behind the forebody, which is black and white striped, very thin, and thickens further back. There is a small orange spot on the back of the head. Host plant: tomato plant species. Dutch name: Glasvleugelvlinder. Frisian name: – 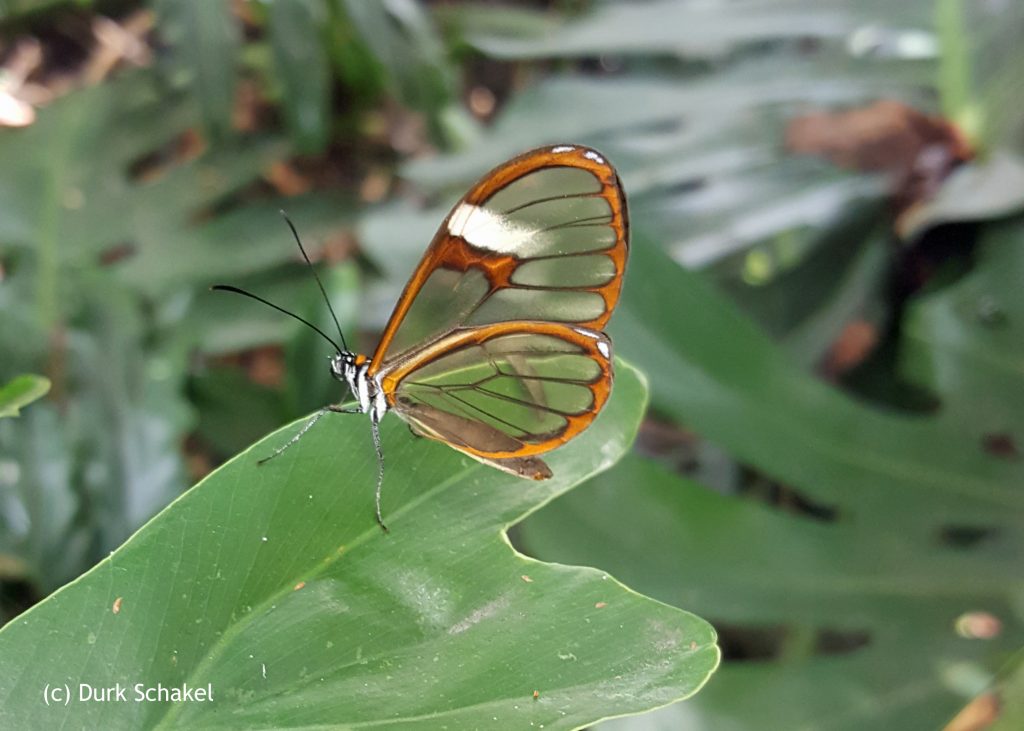