The Grass Miner Moths (Elachistidae) are a family of small moths, the majority of which in the caterpillar stage have a leafminer lifestyle. These moths are mainly inventoried by looking for mines in the leaf. These moths are small and inconspicuous, often cryptic in their appearance and way of living. The species can often be recognized by their smooth head, long curved palps, and lanceolate forewings that are often white, gray, or black with white spots. The wingspan is 6-11mm.

A few times in the evening in the same nature reserve with a lot of vegetation along the water resulted in a number of new species. This also applies to the Triple-spot Dwarf (Elachista maculicerusella). This grass miner is usually found in moist areas such as near pools, ditches, and lakes where reed grows. The forewing is white, sometimes light greyish brown, with an irregular dark brown cross band halfway and a light spot at 2/3. The hindwing is light ocher yellow in the female and somewhat darker and browner in the male. The flying period in one generation is from April to August and the wingspan is 10-12mm. Host plant: Common Reed and Reed Canary-grass. Dutch name: Grijsgevlekte grasmineermot. Frisian name: – 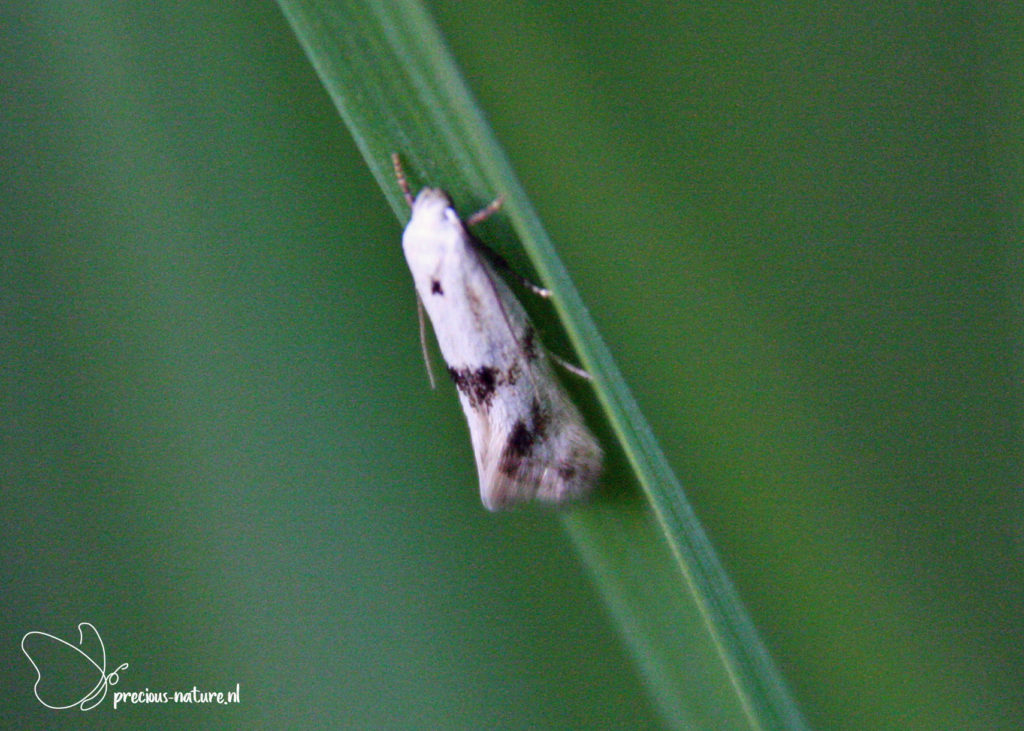 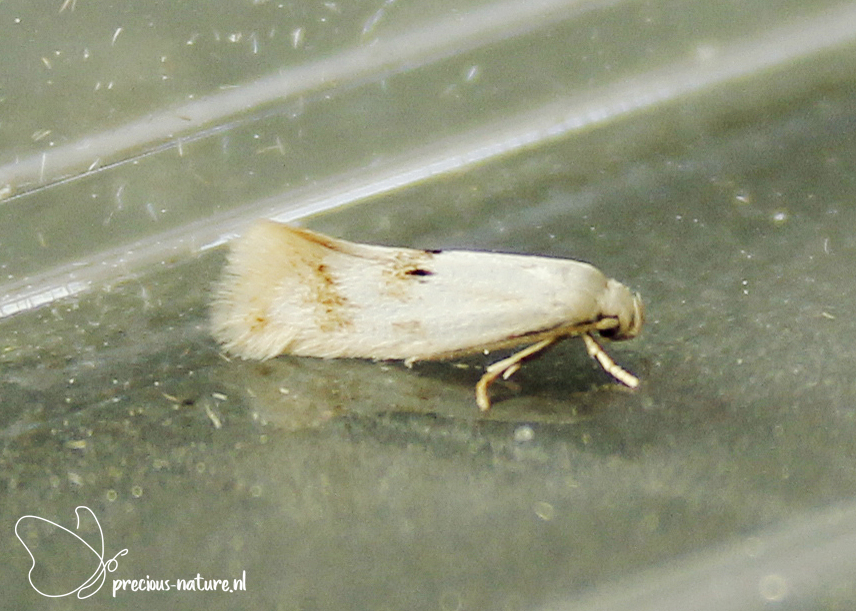 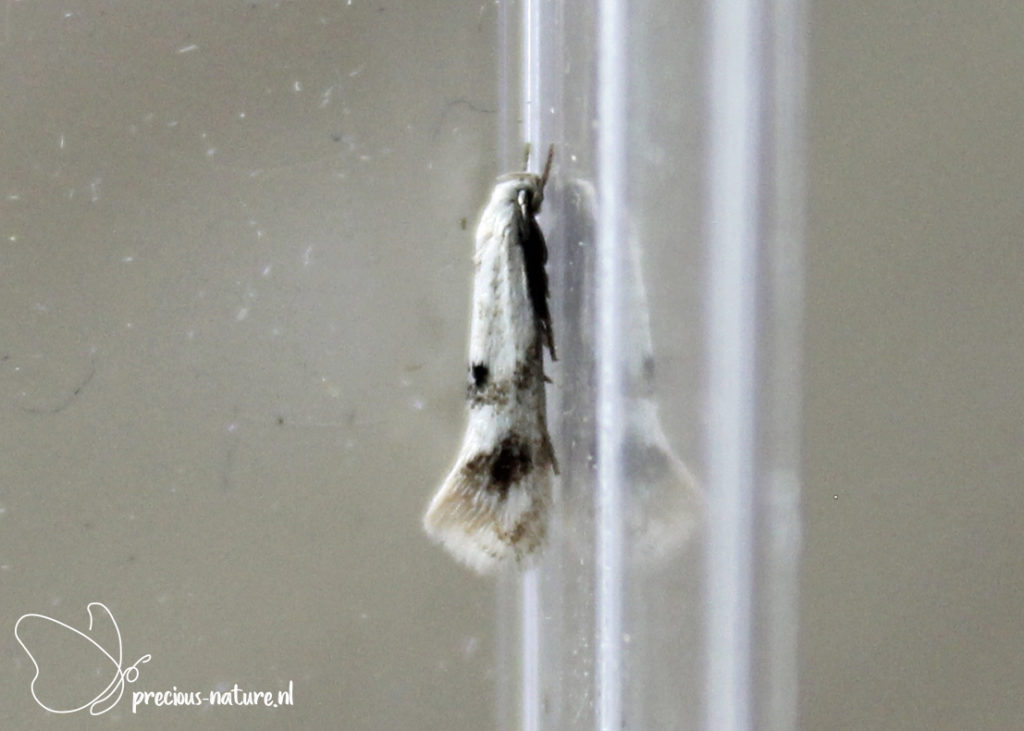 I spotted the Comfrey Ermel (Ethmia quadrillella) by accident after photographing a geometer moth that had landed on the canvas during a moth session. When checking the photo a few days later it turned out that there was still a small striking micro-moth sitting close to the geometer moth. The forewing has a pattern of white and black patches. The apex is black with another black streak running from the costa to the center of the wing. Closer to the dorsum are two black dots. The flying period is from May to August in one generation and the wingspan is 15-19mm. Host plant: Common Comfrey. Dutch name: Kleine zwartwitmot. Frisian name: –