Ghost Moths (Hepialidae), sometimes also called Swift Moths, are large to very large moths with a wingspan of 20 – 250mm. Worldwide, more than 600 species are recorded. The females carry huge amounts of eggs. Males fly in groups as soon as dusk falls as a courtship ritual. The antennae are quite short, and the wing hook located on the costa of the hindwing, characteristic of moths, is barely developed.

The Common Swift (Pharmacis lupulina) is easily confused with the Gold Swift (Phymatopus hecta). The male basically has a brownish ground color with crumbly white bands that touch near the inner edge of the wing. This forms an inverted ‘V’ which can be clearly seen when the wings are spread slightly when resting. However, the male can also be completely solid light yellow without any markings. The females are usually less strongly marked. The flight period is in one generation from May to August and the wingspan is 22-40mm. Host plant: Various cultivated herbaceous plants and grasses. Dutch name: Slawortelboorder. Frisian name: Slawoartelboarder. 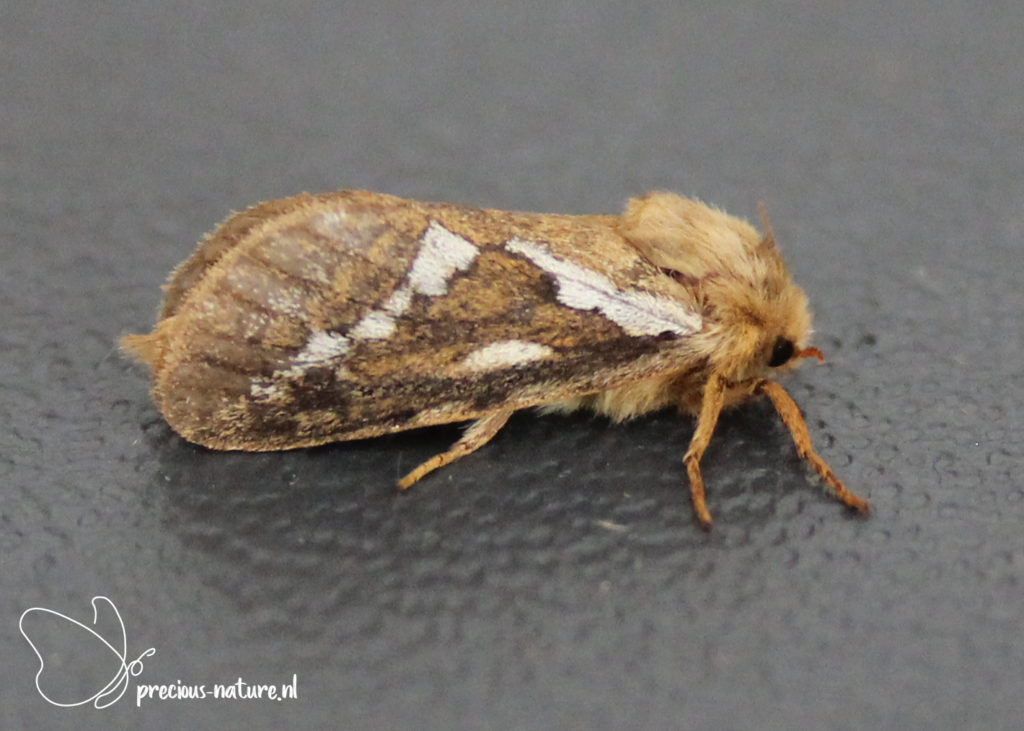 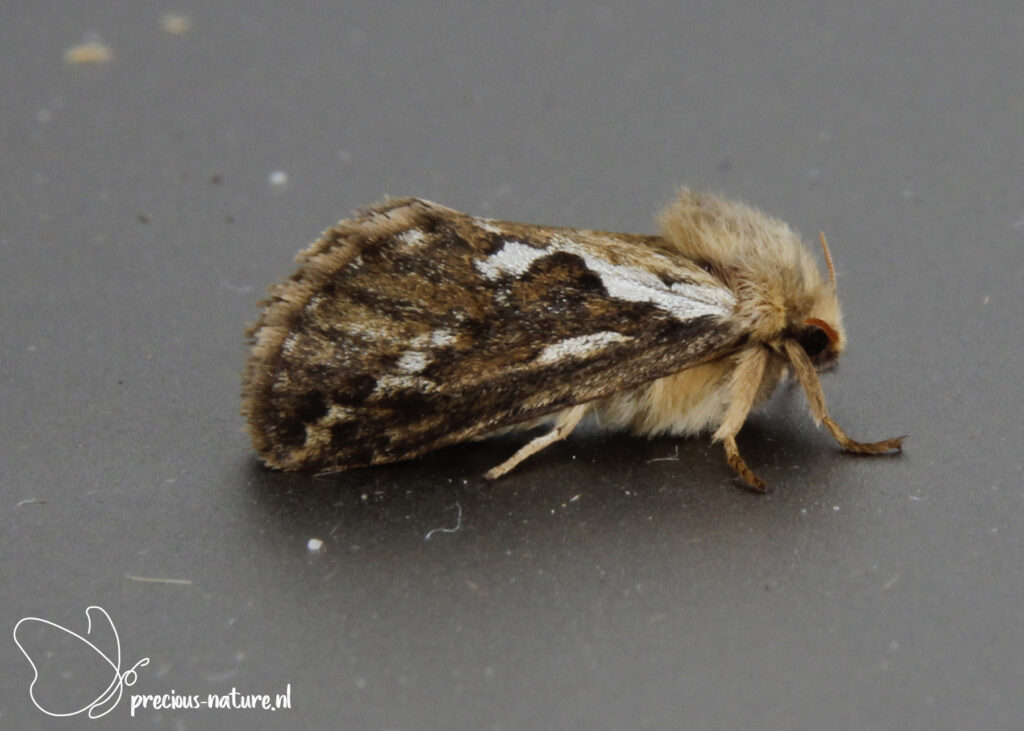 A ghost moth that flies around later in the year is the Orange Swift (Triodia sylvina). The top of the male’s forewing has a distinctive orange-brown color. It has two narrow diagonal white bands that form an inverted ‘V’ without touching. There is a dark part on either side of the white lines, with broader spots on one side. At the costa, there is a small triangle-shaped spot with sometimes a thin white line. When at rest they hold their elongated wings almost vertically against their body. The female is slightly larger and less contrasting in color. The flight period is from July to September and the wingspan is 24-52mm. Host plant: Broad-leaved Dock, Bracken, and probably also grasses. Dutch name: Oranje wortelboorder. Frisian name: Oranje woartelboarder. 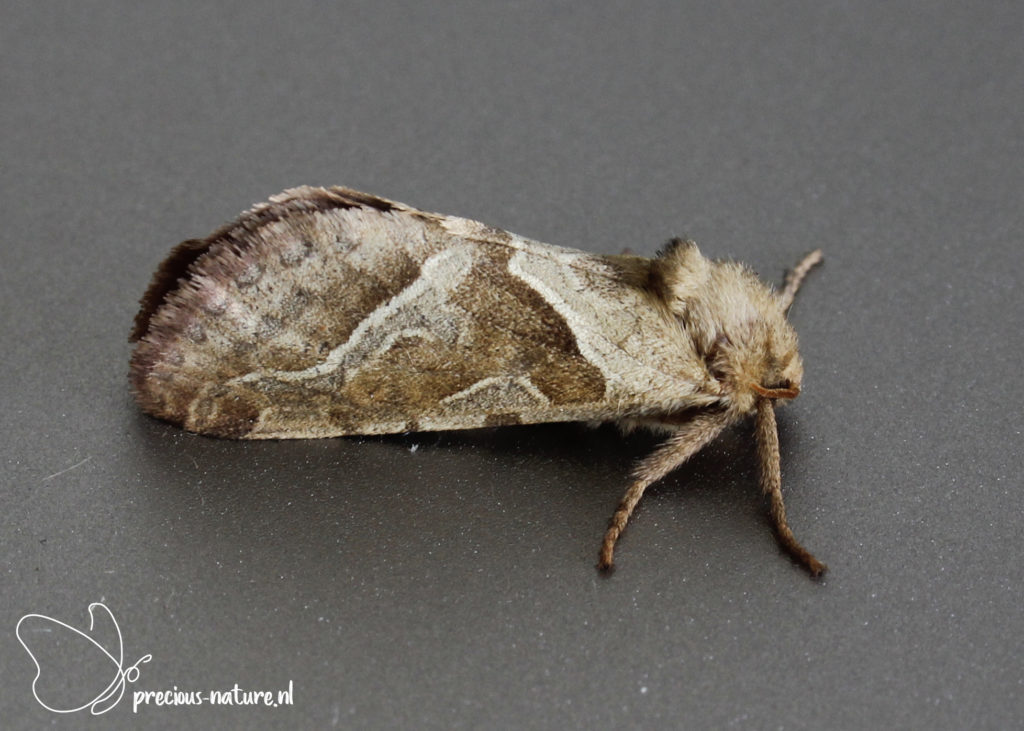