Schoenobiinae is a subfamily of the Grass Moths (Crambidae) and is a relatively small group with about 200 species registered worldwide. They are mainly found in a wetland environment.

The first specimen I saw of the Pale Water-veneer (Donacaula forficella) I thought it was the Giant Water-veneer (Schoenobius gigantella). When studied closely, the black dots along the costa appeared to offer a solution. The female is larger than the male. The male has a straw-yellow forewing with a black dot at about 2/3 of the wing. Furthermore, the black longitudinal stripe stands out with a striking black stripe towards the apex. The female is more of a light tan but the markings are identical to the male. The intensity of the markings can vary. The flying period is from May to July in one generation, sometimes until August or September. The wingspan is 24-32mm and the larvae cut a part of a leaf that can serve as a raft to reach a new host plant. Host plant: Common Reed, and Reed Sweet-grass. Dutch name: Liesgrassnuitmot. Frisian name: – 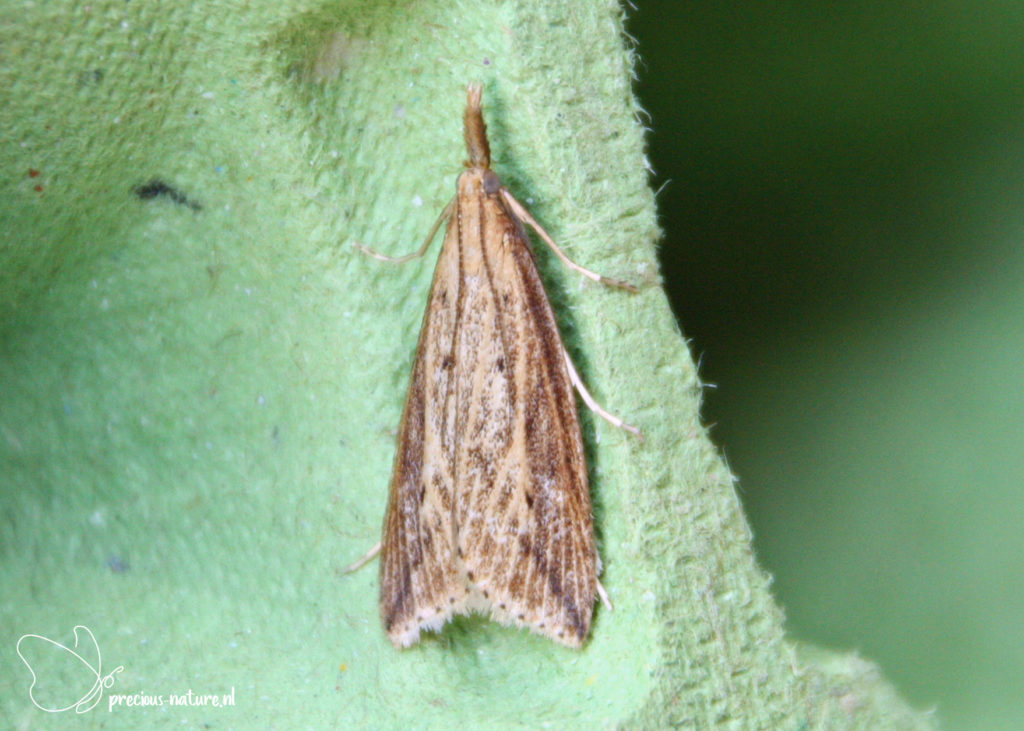 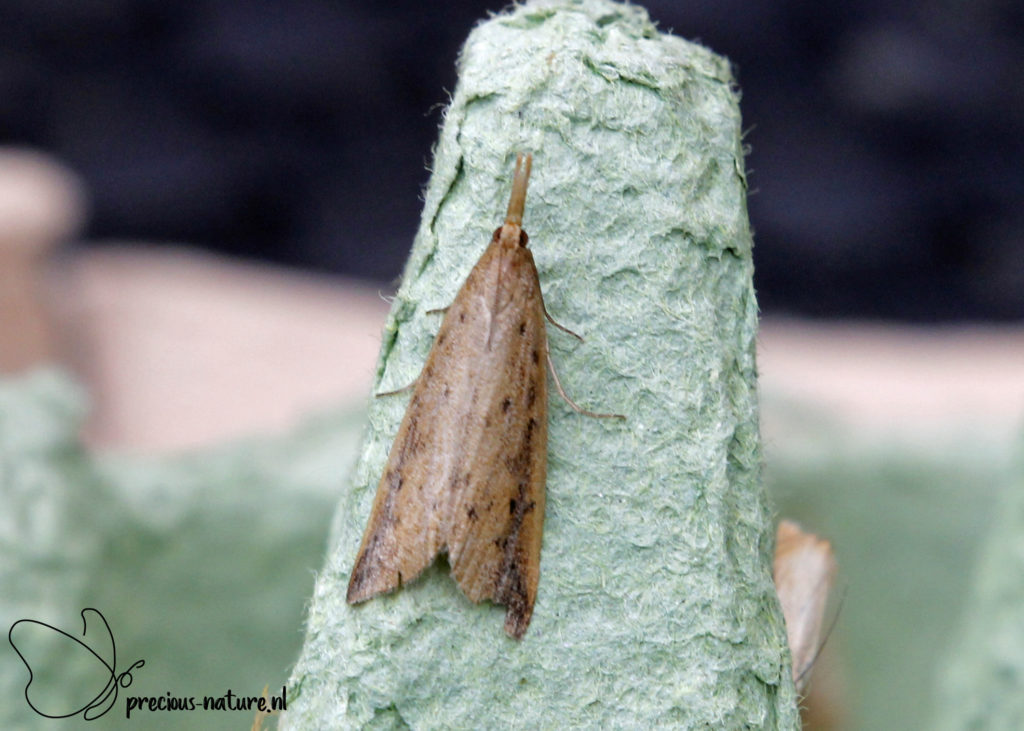 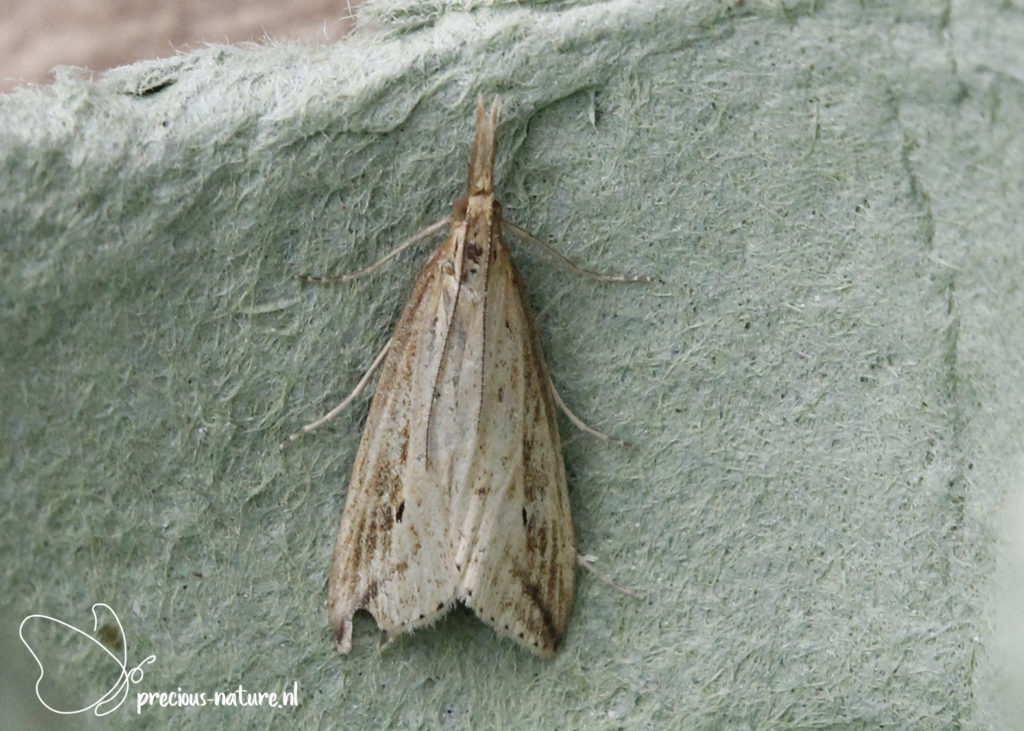 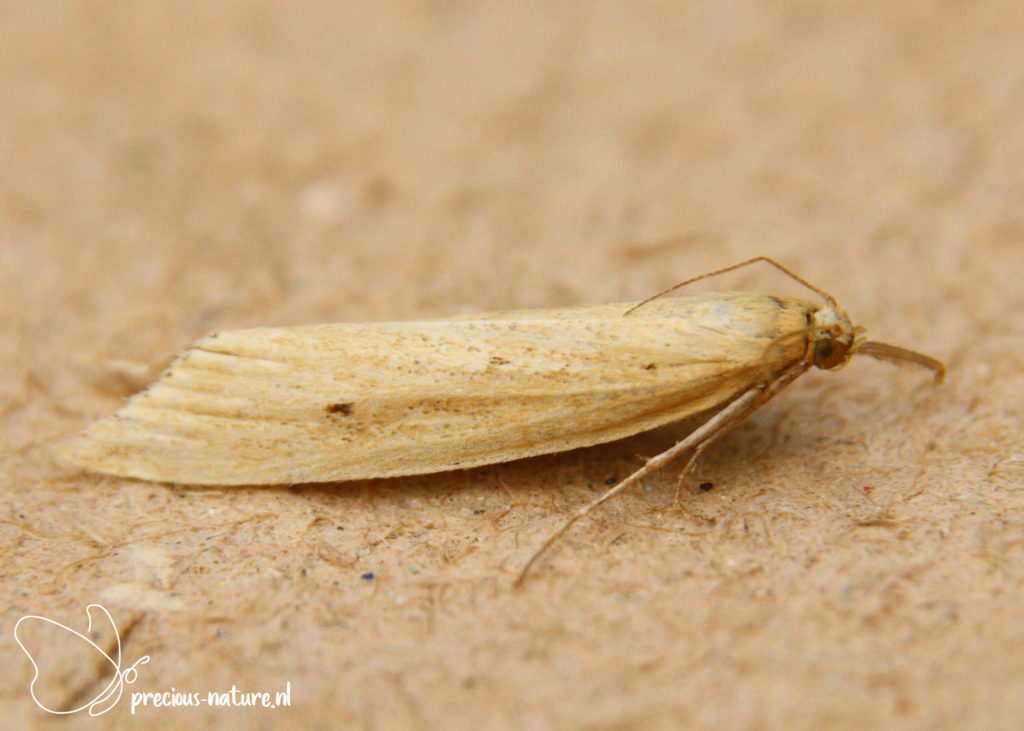 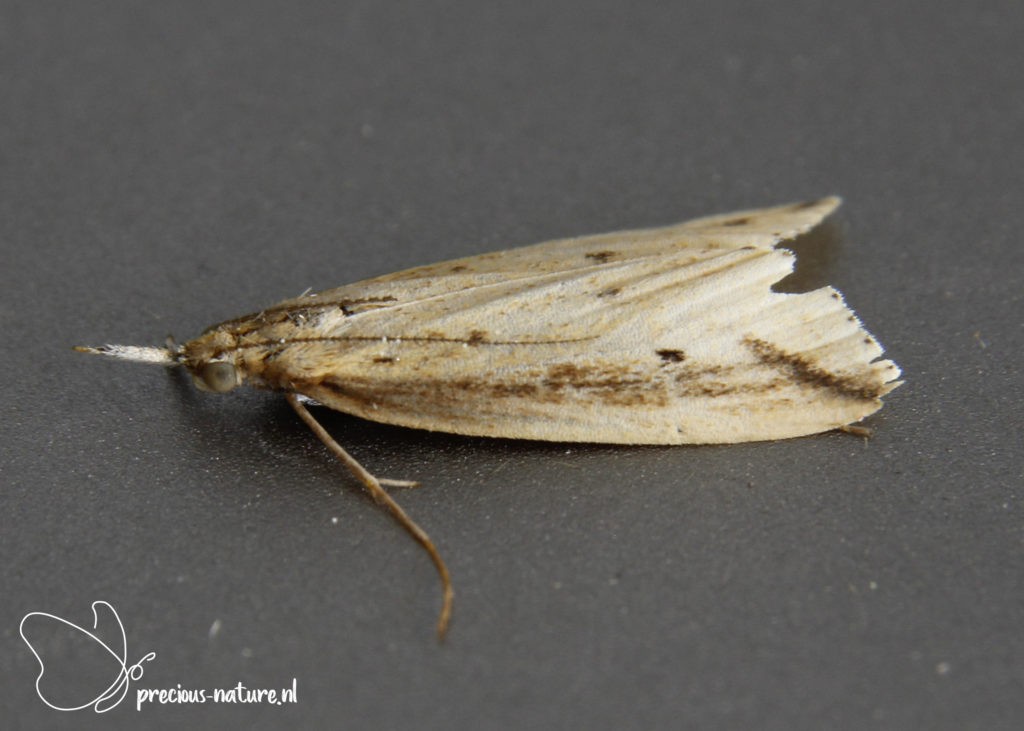 A grass moth where the difference between the male and female is very large can be seen in the Giant water-veneer (Schoenobius gigantella). Not only is the female larger, but also her color and markings are different. The female’s forewing is brown and relatively narrow. There is a black dot halfway down the wing and a clear dark smear can be seen running the length of the wing. The male has a somewhat broader forewing and is considerably smaller than the female. The forewings are also light brown, sometimes a bit reddish, and have black spots. The flying period is from May to July in one generation and the wingspan is 25-46mm. The larvae feed in the young shoots of the host plant. Host plant: Common Reed and Reed Sweet-grass. Dutch name: Rietsnuitmot. Frisian name: – 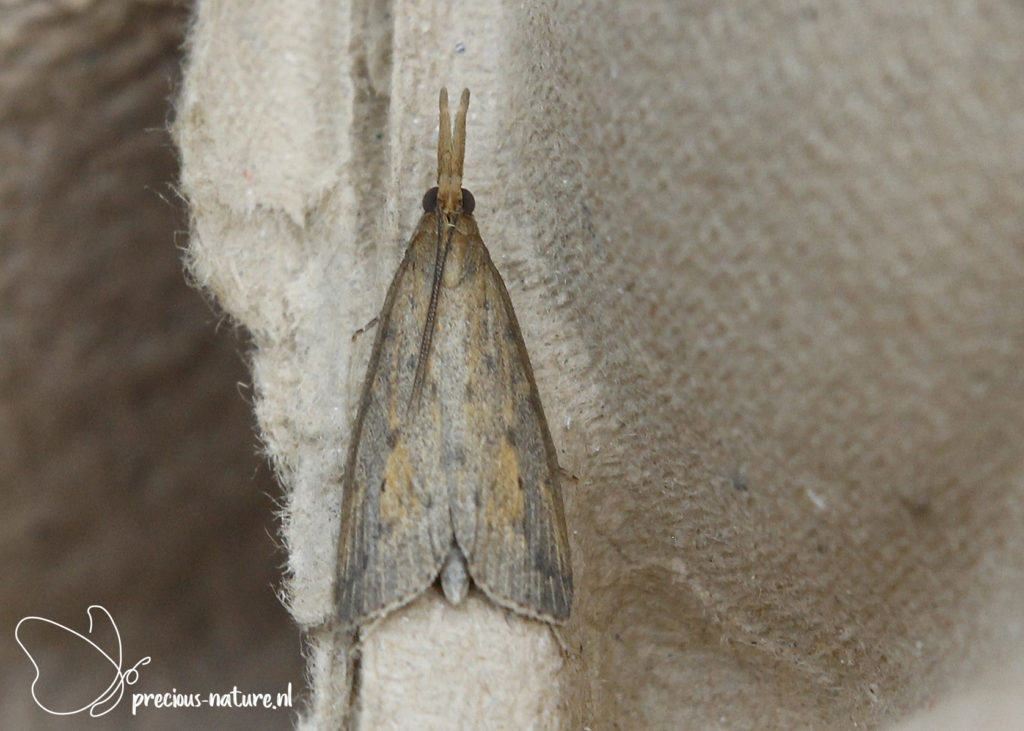 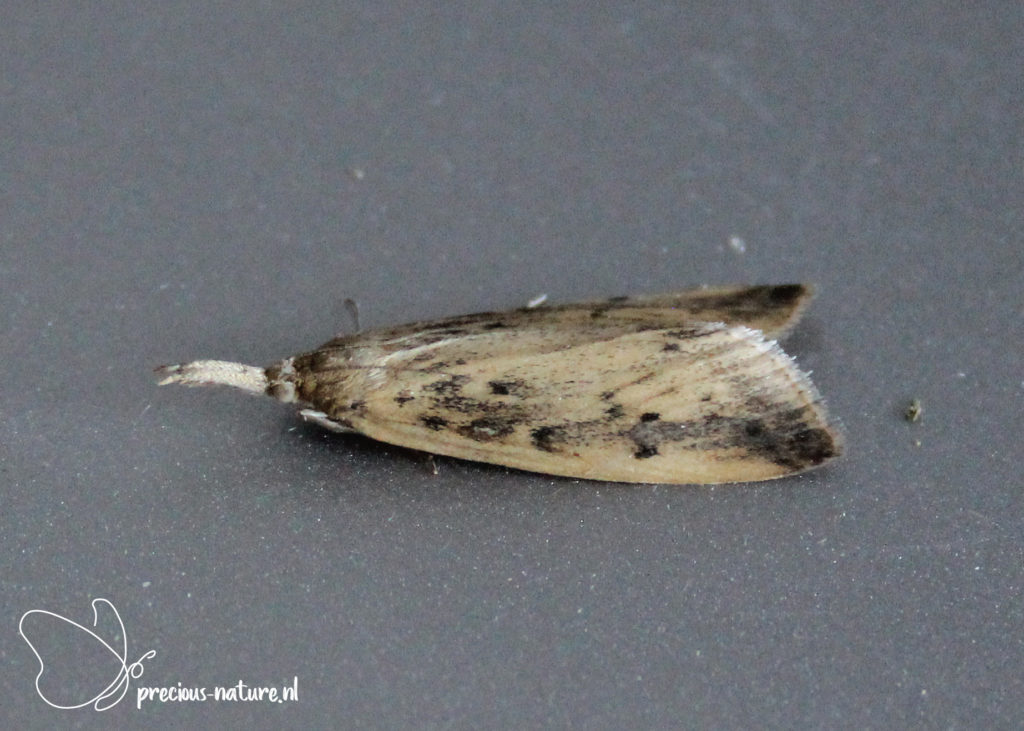